The Mystery Of Puma Punku’s – Bolivia

Puma Punku is a large temple complex or monument group that is part of the Tiwanaku Site near Tiwanaku, Bolivia. 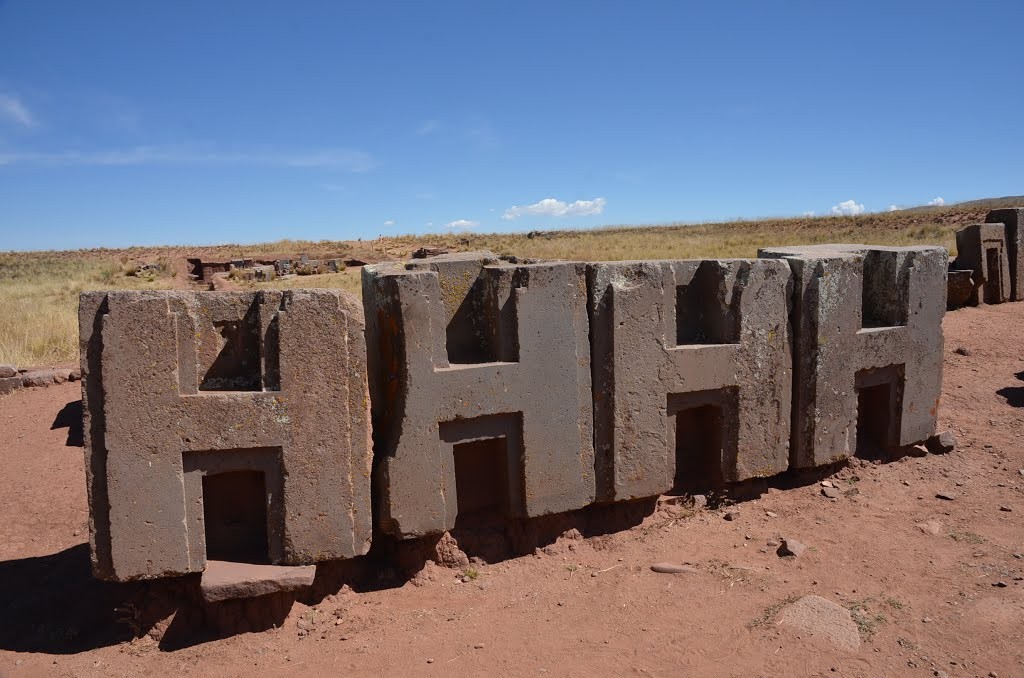 The temple’s origin is a mystery, but based on carbon dating of organic material found on site, archeologists believe the complex may have been built by the Tiwanaku empire – one of the most important civilization prior to the Inca Empire – that flourished between 300 and 1000 AD.

The most intriguing thing about Puma punku is the stonework. Puma punku was a terraced earthen mound originally faced with megalithic blocks, each weighing several tens of tons.

Archaeologists argue that the transport of these stones was accomplished by the large labor force of ancient Tiwanaku. Several theories have been proposed as to how this labor force transported the stones although these theories remain speculative. Two of the more common proposals involve the use of llama skin ropes and the use of ramps and inclined planes. 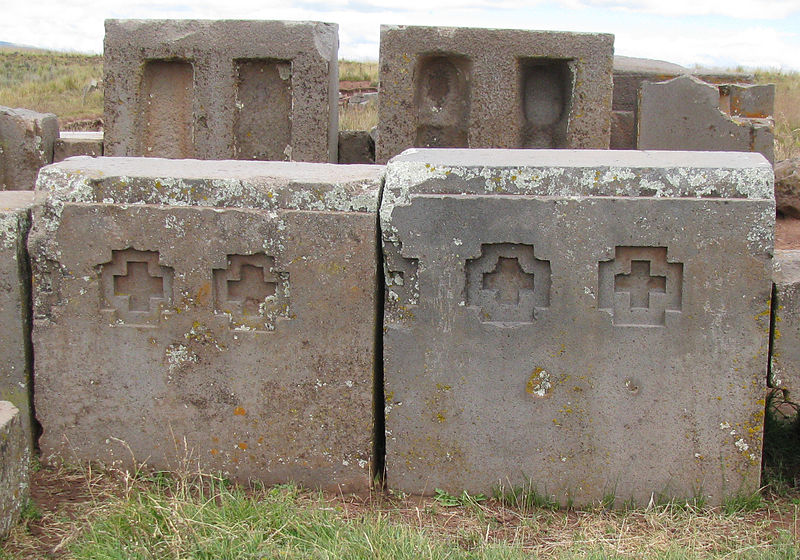 In assembling the walls of Pumapunku, each stone was finely cut to interlock with the surrounding stones and the blocks fit together like a puzzle, forming load-bearing joints without the use of mortar. One common engineering technique involves cutting the top of the lower stone at a certain angle, and placing another stone on top of it which was cut at the same angle. The precision with which these angles have been utilized to create flush joints is indicative of a highly sophisticated knowledge of stone-cutting and a thorough understanding of descriptive geometry. Many of the joints are so precise that not even a razor blade will fit between the stones. Much of the masonry is characterized by accurately cut rectilinear blocks of such uniformity that they could be interchanged for one another while maintaining a level surface and even joints. However, the blocks do not have the same dimensions, although they are close. The blocks were so precisely cut as to suggest the possibility of prefabrication and mass production, technologies far in advance of the Tiwanaku’s Inca successors hundreds of years later. Some of the stones are in an unfinished state, showing some of the techniques used to shape them. They were initially pounded by stone hammers—which can still be found in numbers on local andesite quarries—, creating depressions, and then slowly ground and polished with flat stones and sand.