Russian village of Oymyakon – The coldest village on Earth

Oymyakon is one of the coldest permanently inhabited locales on the planet. Located in Oymyakonsky District of the Sakha Republic, Russia. 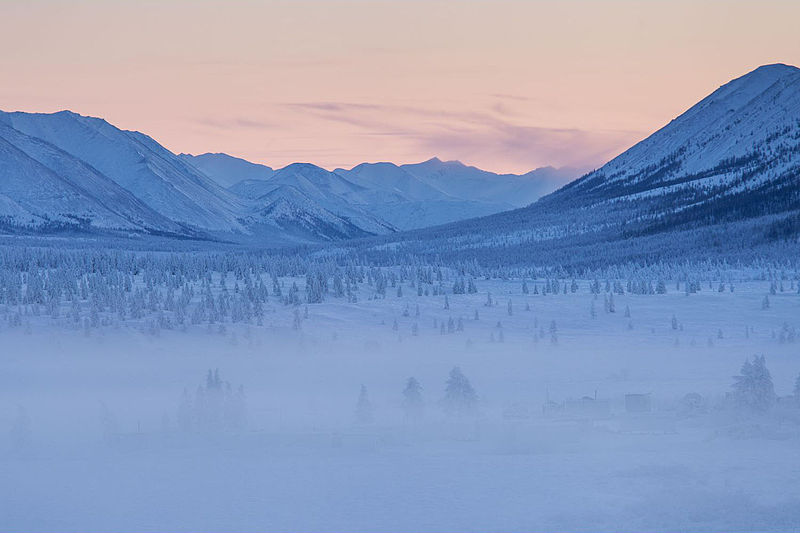 Oymyakon, population 500, is in eastern Yakutia at approximately 750 meters above sea level. At the village’s northerly position, day length varies from three hours in December to 21 hours in June. The ground there is permanently frozen. On February 6, 1933, a temperature of −67.7 °C (−90 °F) was recorded at Oymyakon’s weather station. This is, along with the same reading at Verkhoyansk, the lowest recorded temperature for any permanently inhabited location on Earth. It is also the lowest temperature recorded in the Northern Hemisphere. Only Antarctica has recorded lower official temperatures (the lowest being −89.2 °C (−128.6 °F), recorded at Vostok Station on 21 July 1983.)