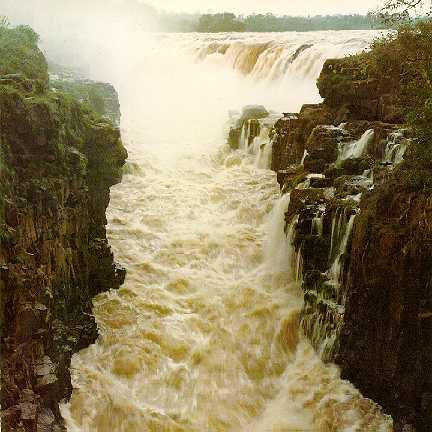 Located on the Parana river the Guaíra Falls were, in terms of total volume, the largest waterfall on earth. 1,750,000 cubic feet of water fell over this waterfall each second on average, compared to just 70,000 cubic feet per second for Niagra Falls. However, the falls were flooded in 1982 when a dam was created to take advantage of this massive flow rate. The Itaipu Dam is now the second most powerful hydroelectric dam in the world, after the Three Gorges Dam. The Itaipu Dam supplies 90% of the power consumed by Paraguay, and 19% of the power consumed by Brazil, including Rio de Janeiro and São Paulo.