The Premier Mine is an underground diamond mine owned by Petra Diamonds. It is situated in the town of Cullinan, 40 kilometres east of Pretoria, Gauteng Province, South Africa. Established in 1902, it was renamed the Cullinan Diamond Mine in November 2003 in celebration of its centenary. The mine rose to prominence in 1905, when the Cullinan Diamond — the largest rough diamond of gem quality ever found — was discovered there. The mine has produced over 750 stones that are greater than 100 carats and more than a quarter of all the world’s diamonds that are greater than 400 carats. It is also the only significant source of blue diamonds in the world. 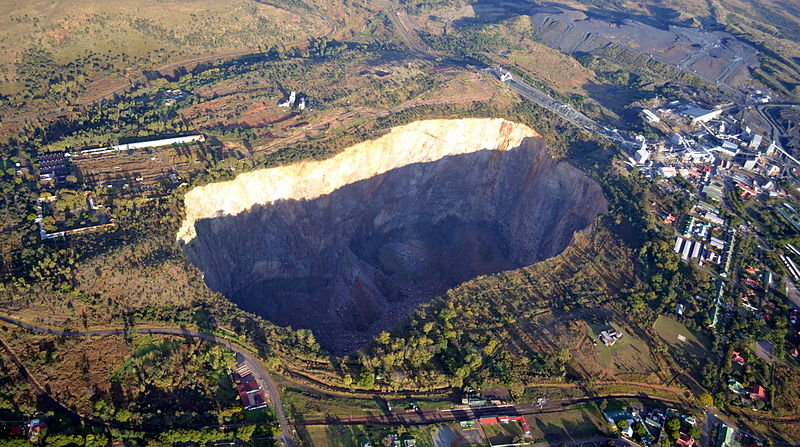 Cullinan Diamond Mine is a carrot shaped volcanic pipe and has a surface area of 32 hectares. On 22 November 2007, De Beers, the world’s largest diamond producer, sold its historic Cullinan mine to Petra Diamonds Cullinan Consortium (PDCC), a consortium led by Petra Diamonds.

The Cullinan Diamond is the largest rough gem-quality diamond ever found, at 3,106.75 carats (621.35 g). It was found by Frederick Wells, surface manager of the Premier Diamond Mining Company in Cullinan, Gauteng, South Africa, on 25 January 1905. The stone was named after Sir Thomas Cullinan, the owner of the diamond mine.

There have been various other notable diamonds that have been recovered from Premier Mine. These include:

The Cullinan Heritage (507 carats rough) was recovered from the same mine. In February 2010, it was sold for USD 35.3 million. Until now, this is the highest price on record for a rough diamond.