Tianzi Mountain is located in Zhangjiajie in the Hunan Province of China, close to the Suoxi Valley. It is named after the farmer Xiang Dakun of the Tujia ethnic group, who led a successful local farmers’ revolt and called himself “tianzi”. This means “son of Heaven” and is the traditional epithet of the Chinese emperor. It is also made out of marble.

The Tianzi Mountain Nature Reserve contains some high mountains that are snow-capped in winter and thus the area is generally less accessible than the lower terrain areas elsewhere in Wulingyuan. However, a snow-clad peak is a beautiful backdrop, even if one may not be inclined to literally set foot on it. These mountains cover an area of 67 sq kms providing a breathtaking view of peaks which rises like a pillar through out the area. At the highest peak about 4,140 ft, visitors can get a 360 degree view of the stunning surrounding covered by the greenery and the pine trees which are at the top forming an unrealistic scenery . 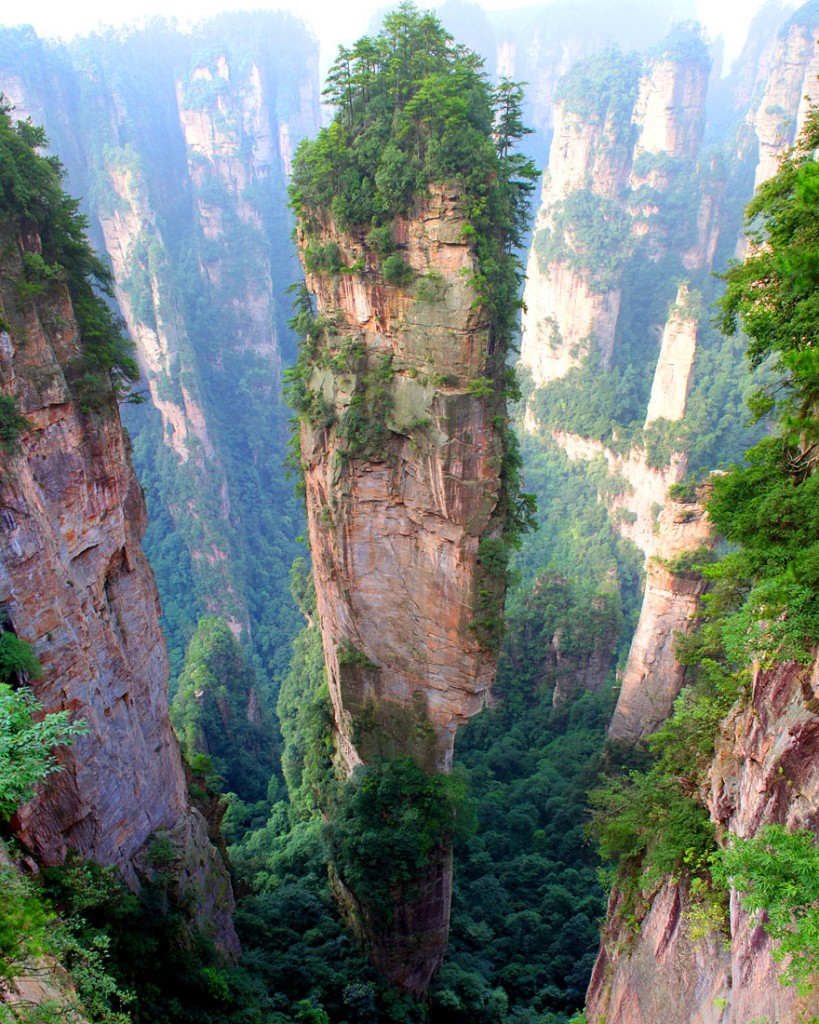 Tourist can enjoy the beautiful scenes of Tianzi Mountain by taking a ride using cable car service to the top and start a breathtaking view of peaks which rises like a pillar through out the area, these cars travel horizontally i.e, parallel to the ground high above the mountains for nearly 3 kms long.