Amazing Place Must To Visit On Earth – Cinque Terre, Italy

The Cinque Terre is part of the coast in the Liguria region of Italy. The terraces built on the rugged landscape are a popular tourist attraction. Five higgledy-piggledy villages – Monterosso, Vernazza, Corniglia, Manarola and Riomaggiore – are cut off by mountains choked with olive groves and dry-stone-walled vineyards, where farmers have eked out a living over the centuries. The Cinque Terre became a Unesco World Heritage site in 1997, which includes a protected marine area, and became a national park in 1999. Wine growers still use monorail mechanisms to ferry themselves up and the grapes down these unique lands, and in some cases have to harvest by boat. If the terraced hillsides are not worked, they will quite literally slide into the sea. 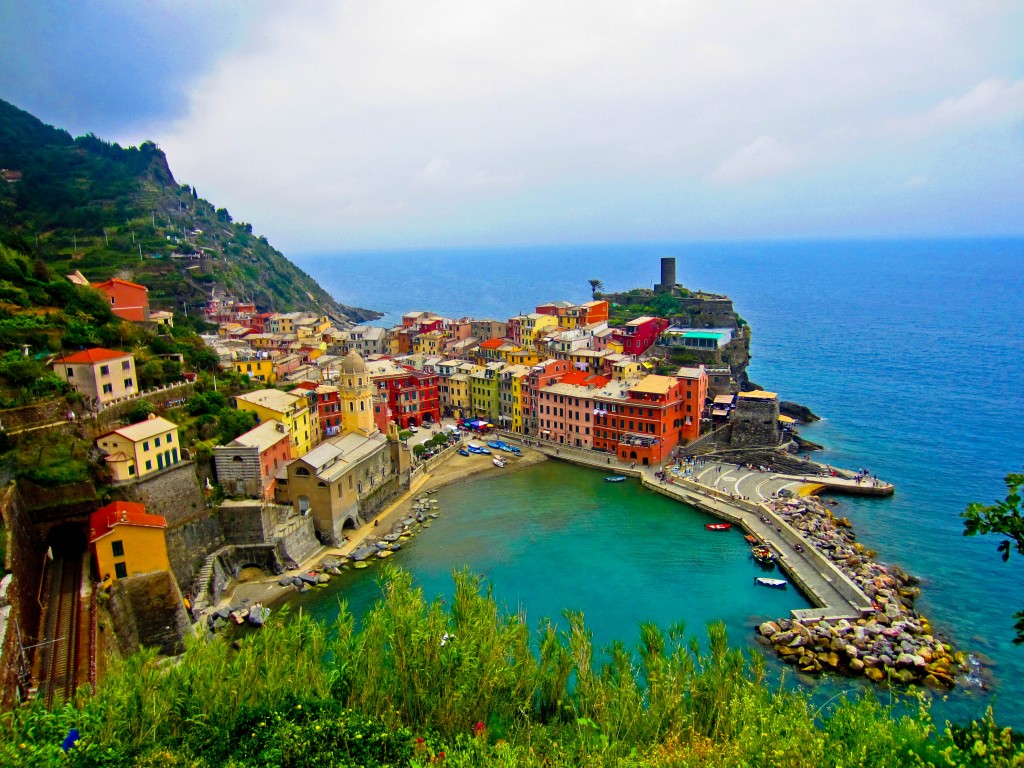 The villages of the Cinque Terre were severely affected by torrential rains which caused floods and mudslides on October 25, 2011. Nine people were confirmed killed by the floods, and damage to the villages, particularly Vernazza and Monterosso al Mare, was extensive.  There are few roads into the Cinque Terre towns that are accessible by car, and the one into Vernazza in particular is now open to a parking area leading to a 1/2 mile walk to town after the October 2011 storm damage. It is best to plan not to travel by car at all but to park at La Spezia, for instance, and take the trains.

Local trains from La Spezia to Genova and the rest of the region’s network connect the “five lands”. Intercity trains also connect the Cinque Terre to Milan, Rome, Turin and Tuscany. The tracks run most of the distance in tunnels between Riomaggiore and Monterosso.

A passenger ferry runs between the five villages, except Corniglia. The ferry enters Cinque Terre from Genova’s Old Harbour and La Spezia, Lerici, or Porto Venere. A walking trail, known as Sentiero Azzurro (“Light Blue Trail”), connects the five villages. The trail from Riomaggiore to Manarola is called the Via Dell’Amore (“Love Walk”) and is wheelchair-friendly. The stretch from Manarola to Corniglia is the easiest to hike, although the main trail into Corniglia finishes with a climb of 368 steps.