Fiordland National Park occupies the southwest corner of the South Island of New Zealand. It is the largest of the 14 national parks in New Zealand, with an area of 12,500 km2, and a major part of the Te Wahipounamu World Heritage site. The park is administered by the Department of Conservation. 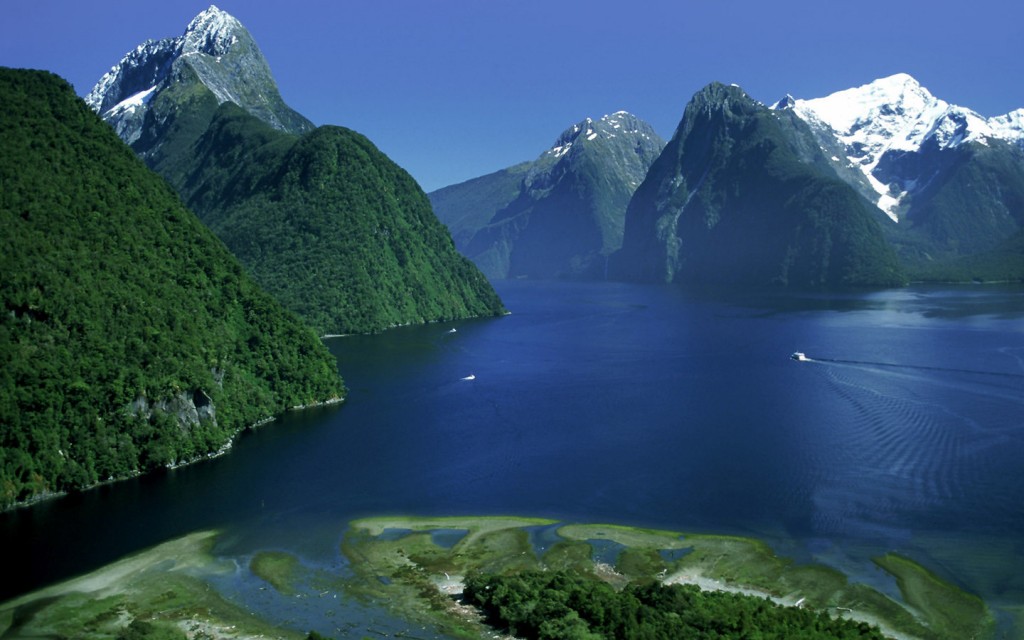 The park is a popular destination for alpine climbers and especially for trampers, with the Milford, Kepler, Hollyford and Routeburn Tracks all in or close to the park.

Fiordland is a challenging tramping destination. There are few tracks. Off-track travel often relies on following deer trails. Sandflies, flooding and poor weather are a hazard.

During the cooler past, glaciers carved many deep fiords, the most famous (and most visited) of which is Milford Sound. Other notable fiords include Doubtful Sound and Dusky Sound. From one of the peaks within Fiordland National Park, a view of Mount Aspiring/Tititea to the far north can be observed. 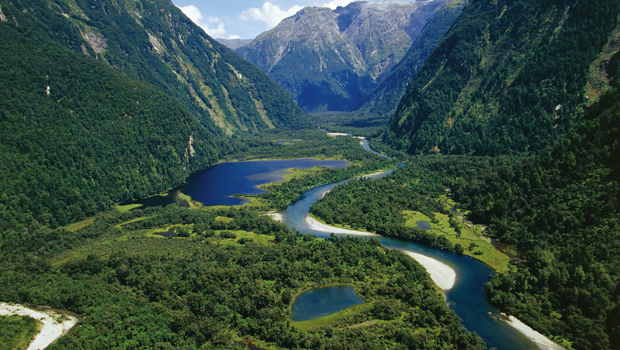 The wildlife in this area include dolphins, seals and birds. Introduced species include mice, rats, hare and deer. Among the birds are the kakapo, the only flightless parrot in the world. Also there is the kiwi, which is native to New Zealand. The park is heavily forested with Nothofagus trees, a large variety of understory shrubs and ferns being present; examples of the forest floor vegetation include crown fern,Blechnum discolor.