In this beautiful world there are lot of people who have developed some extraordinary abilities and skills. You will be surprised to know about these people, here is our top 10 list of people with real Super Powers. 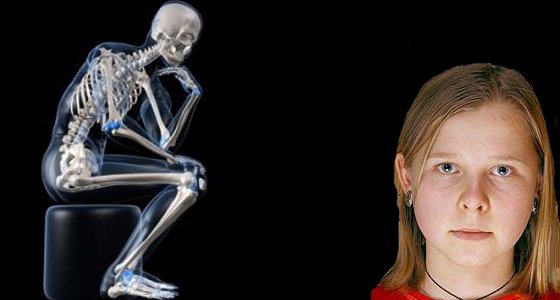 “I was at home with my mother and suddenly I had a vision. I could see inside my mother’s body and I started telling her about the organs I could see. Now, I have to switch from my regular vision to what I call medical vision. For a fraction of a second, I see a colorful picture inside the person and then I start to analyze it.” says Demkina.”

Nikolayevna Demkina is a Russian woman who claims to possess a special vision that allows her to look inside human bodies and see organs and tissues, and thereby make medical diagnoses. Since the age of ten, she has performed readings in Russia. She is widely known by the childhood variant of her given name, Natasha.

In 2004 she appeared on television shows in the United Kingdom, on the Discovery Channel and in Japan. Since 2004 Demkina has been a full-time student of the Semashko State Stomatological University, Moscow. Since January 2006, Demkina has worked for the Center of Special Diagnostics of the Natalya Demkina (TSSD), whose stated purpose is to diagnose and treat illness in cooperation with “experts possessing unusual abilities, folk healers and professionals of traditional medicine.