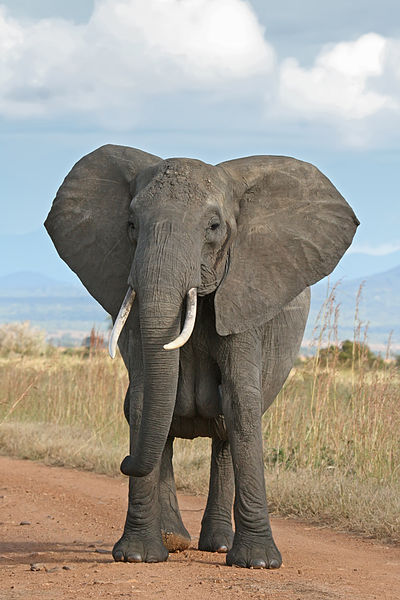 One species of African elephant, the bush elephant, is the largest living terrestrial animal, while the forest elephant is the third largest. Their thickset bodies rest on stocky legs, and they have concave backs. Their large ears enable heat loss. The upper lip and nose form a trunk. 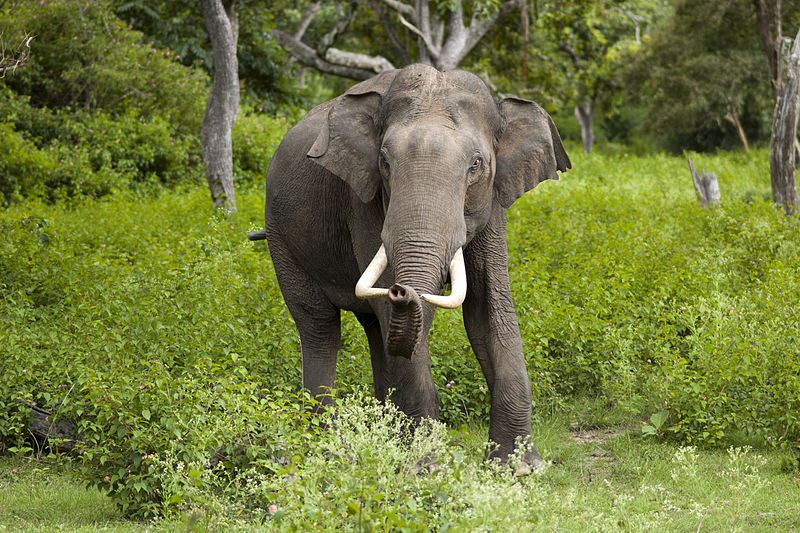 The Indian elephant is one of three recognized subspecies of the Asian elephant and native to mainland Asia. In general, Asian elephants are smaller than African elephants and have the highest body point on the head. The tip of their trunk has one finger-like process. Their back is convex or level. Indian elephants reach a shoulder height of between 2 and 3.5 m (6.6 and 11.5 ft), weigh between 2,000 and 5,000 kg (4,400 and 11,000 lb), and have 19 pairs of ribs. 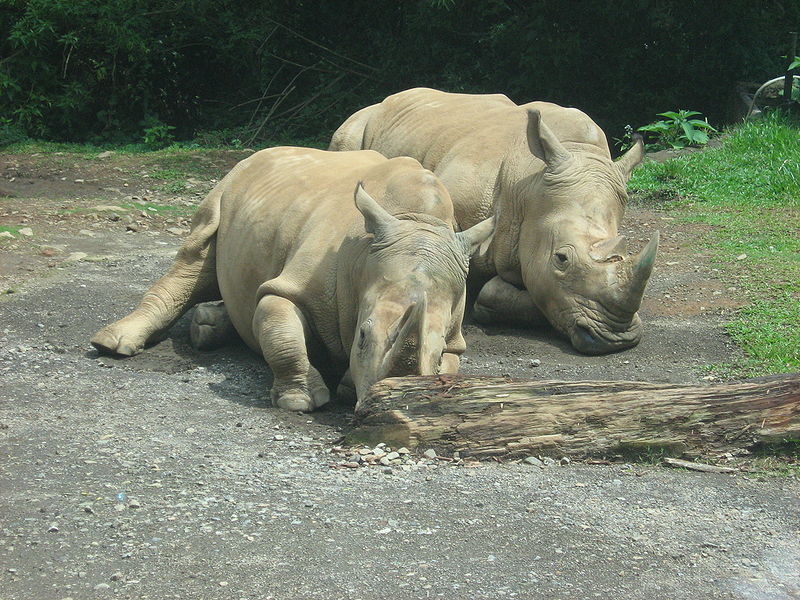 The white rhinoceros or square-lipped rhinoceros is the largest extant species of rhinoceros. It has a wide mouth used for grazing and is the most social of all rhino species.