Top 10 Dangerous Species of the Planet

Dangerous Animals On The Earth 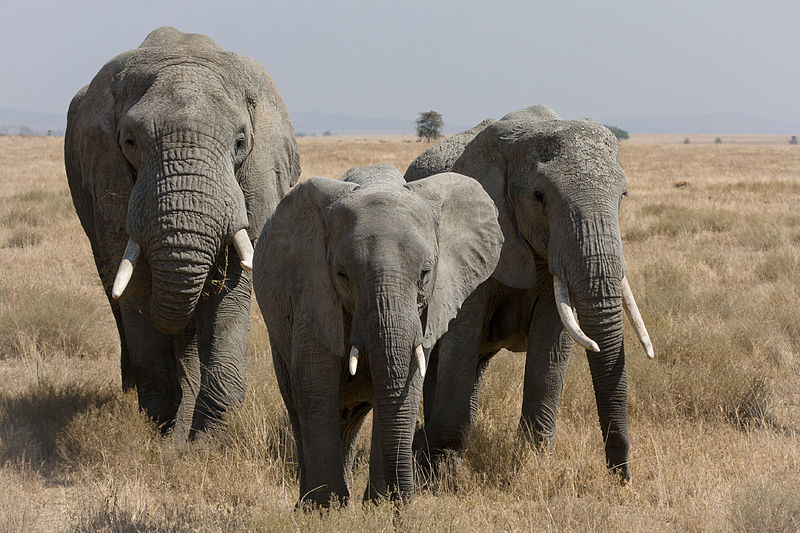 1. Mosquitoes
Mosquitoes make number one on the list of most dangerous and deadliest animal in world. This small bloodsucking insect kills 2 million to 3 million people each year worldwide.

Jellyfish have been proven to be the most energy efficient swimmers of all animals. They move through the water by radially expanding and contracting their bell-shaped bodies to push water behind them. They pause between the contraction and expansion to create two vortex rings. Muscles are used for the contraction of the body, which sheds the first vortex and pushes the animal forward, but the mesoglea is so elastic that the expansion is powered exclusively by relaxing the bell, which releases the energy stored from the contraction.

The inland taipan , also commonly known as the Western taipan, the small-scaled snake, or the fierce snake, is an extremely venomous snake of the taipan genus, and is endemic to semi-arid regions of central east Australia.

The inland taipan is considered the most venomous snake in the world; based on the median lethal dose value in mice, its venom, drop for drop, is by far the most toxic of any snake – much more so than even sea snakes – and it has the most toxic venom of any reptile when tested on human heart cell culture. Unlike most snakes, the inland taipan is a specialist mammal hunterso its venom is specially adapted to kill warm-blooded species. It is estimated that one bite possesses enough lethality to kill at least 100 full grown men, and, depending on the nature of the bite, it has the potential to kill someone in as little as 30 to 45 minutes if left untreated.

African elephant, the bush elephant, is the largest living terrestrial animal, while the forest elephant is the third largest. It lives in the bushes and forests of Africa and also found in some parts of Asia. Elephants are famous for their friendly outlook and memory.

The great white shark also known as the great white, white pointer, white shark, or white death, is a species of large lamniform shark which can be found in the coastal surface waters of all the major oceans.

African Lion is known as the King of the Jungle for its sharp claws, amazing speed of 50 miles per hour and deadly teeth.
These lions hunt humans more often because they are wounded, old, have lost their natural prey sources, or simply like the taste of human meat.

The Australian Saltwater Crocodile is the largest living reptile and the largest riparian predator. This is the oldest reptile which can be found in Asia, Africa and Australia. They live in salt water and rivers therefore they are called saltwater crocodile.

Cape buffalo is a large African bovine.It is not closely related to the slightly larger wild Asian water buffalo, and its ancestry remains unclear.  They move always in the form of a herd. It is extremely aggressive and unpredictable. It can weigh between 1200-1800 pounds.

9. Hippopotamus
The hippopotamus is the third largest type of land mammal, it is a large and mostly herbivorous mammal found in sub-Saharan Africa, and one of only two extant species in the family Hippopotamidae. They kill more humans on average each year than all African animals combined. This is a massive statistic when you think about it.

10. Polar Bear
The polar bear is a carnivorous bear found in the Arctic Circle and adjacent land masses as far south as Newfoundland Island. Due to the absence of human development in its remote habitat, it retains more of its original range than any other extant carnivore. The polar bear is a marine mammal because it spends many months of the year at sea.