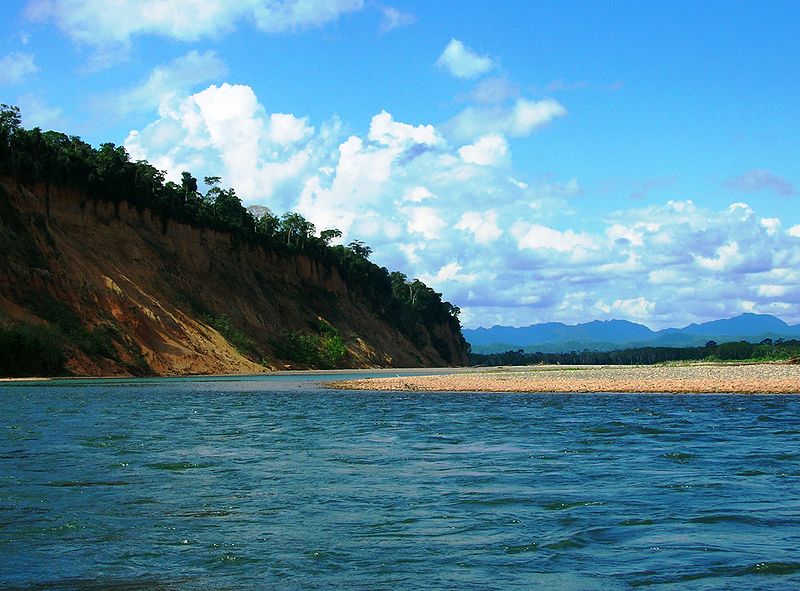 Madidi is a national park in the upper Amazon river basin in Bolivia. Established in 1995, it has an area of 18,958 square kilometres, and, along with the nearby protected areas Manuripi-Heath, Apolobamba, and (across the border in Peru) the Manu Biosphere Reserve, Madidi is part of one of the largest protected areas in the world.

Ranging from the glacier-covered peaks of the high Andes Mountains to the tropical rainforests of the Tuichi River, Madidi and its neighbors are recognized as one of the planet’s most biologically diverse regions.

In 1999, photographer Joel Sartore spent a month in the park attempting to capture a few photos of the wild pigs that live in the area.

The first night, Sartore watches a woman pull a fly larvae out of the flesh of her calf, then shrug it off like something that happens all the time. At the end of the first week he gets a flaming rash across his hands and face—from brushing against a moth. One of the guides recounts a time when they stumbled across a pack of wild pigs. They tried to climb into a tree, but the pigs pulled down one man and tore him apart.