Top 5 Places Where You Can Find Hell on Earth 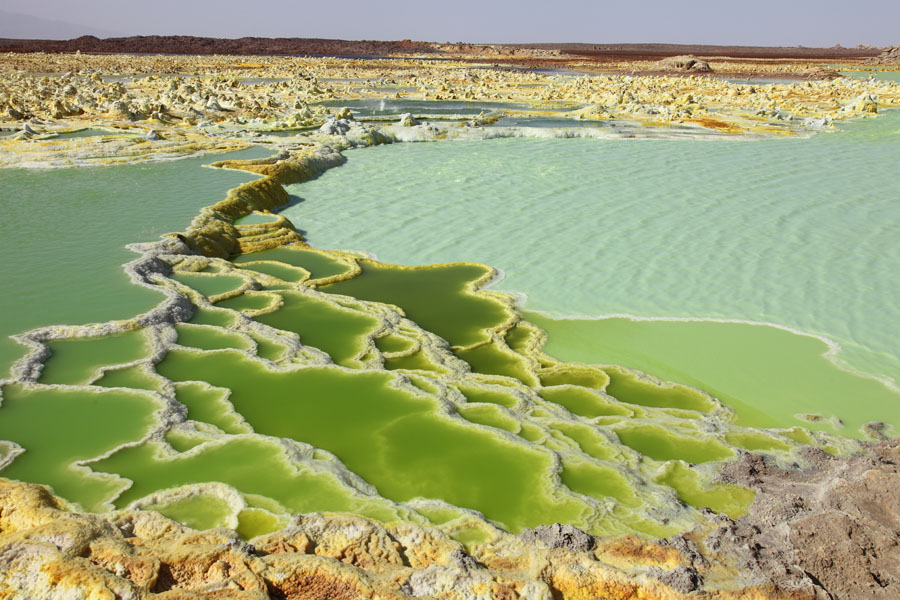 Dallol was a settlement in the Dallol woreda of northern Ethiopia. Dallol currently holds the official record for record high average temperature for an inhabited location on Earth, where an average annual temperature of 35°C (96°F) was recorded between the years 1960 and 1966. Dallol is also one of the most remote places on Earth, although paved roads to the village of Hamedela, which is close, are being built. Still, the most important mode of transport besides jeeps are the camel caravans which travel to the area to collect salt. Nearby is the Dallol volcano, which last erupted in 1926.