The US Moon landing conspiracy theories

The Moon landing conspiracy theories claim that some or all elements of the Apollo program and the associated Moon landings were hoaxes staged by NASA with the aid of other organizations. The most notable claim is that the six manned landings (1969–72) were faked and that twelve Apollo astronauts did not actually walk on the Moon. Various groups and individuals have made such conspiracy claims since the mid-1970s. Conspiracists claim that NASA and others knowingly misled the public into believing the landings happened, by manufacturing, tampering with, or destroying evidence including photos, telemetry tapes, radio and TV transmissions, Moon rock samples, and even some key witnesses. 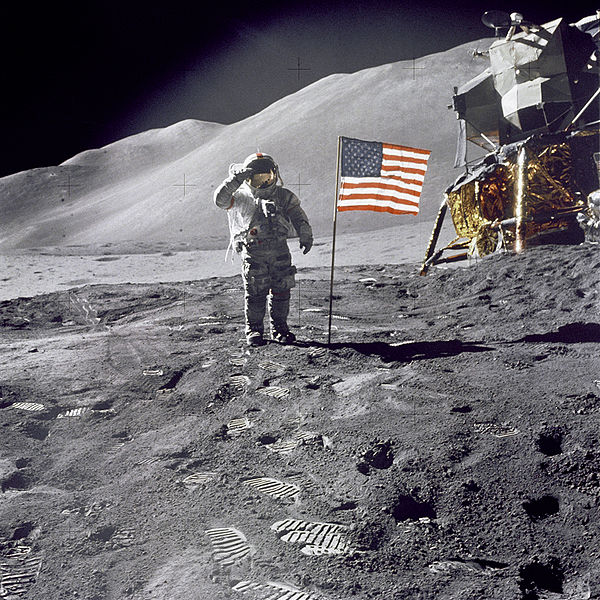 Many conspiracy theories have been put forward. They either claim that the landings did not happen and that NASA employees (and sometimes others) have lied; or that the landings did happen but not in the way that has been told. Conspiracists have focused on perceived gaps or inconsistencies in the historical record of the missions. The foremost idea is that the whole manned landing program was a hoax from start to end. Some claim that the technology to send men to the Moon was lacking or that the Van Allen radiation belts, solar flares, solar wind, coronal mass ejections and cosmic rays made such a trip impossible.

Vince Calder and Andrew Johnson, scientists from Argonne National Laboratory, gave detailed answers to the conspiracists’ claims on the laboratory’s website. They show that NASA’s portrayal of the Moon landing is fundamentally accurate, allowing for such common mistakes as mis-labeled photos and imperfect personal recollections. Using the scientific process, any hypothesis that is contradicted by the observable facts may be rejected. The ‘real landing’ hypothesis is a single story since it comes from a single source, but there is no unity in the hoax hypothesis because hoax accounts vary between conspiracists.