This incredible walled town has been built on the top a massive rocky outcrop within the Haraz Mountains of western central Yemen in a region known as the San‘a’ Governorate.  Its history is so ancient that not even the inhabitants can be sure when the first settlers arrived but it is officially said to date back to at least the 12th century. The houses themselves are fortified and feature substantial storage facilities such as granaries and cisterns in case of siege. 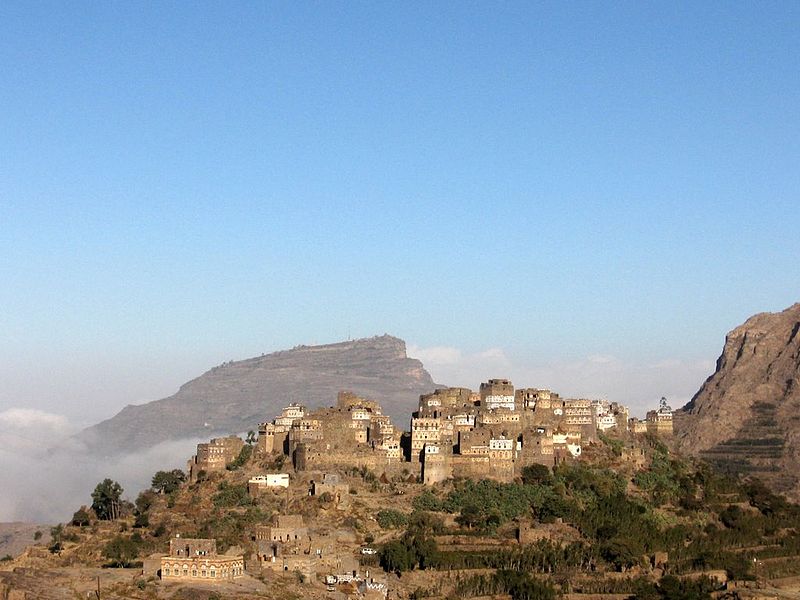 Al Hajjarah sometimes spelled Al Hajarah or Al Hajjara, is a village in Yemen. It is located in the Manakhah District of the Sana’a Governorate, in the Haraz Mountains. Al Hajara is built upon a precipice, and is famous for the houses which are built onto the cliff faces.

he  multistory houses of Al Hajarah have evolved and been rebuilt over the centuries slowly and completely covering the upper section of the outcrop.   This has meant that by necessity the streets are narrow and some buildings seem to balance precariously on the edge of precipitous cliffs. Its inhabitants are said to be friendly with a passion for dancing and traditional music.