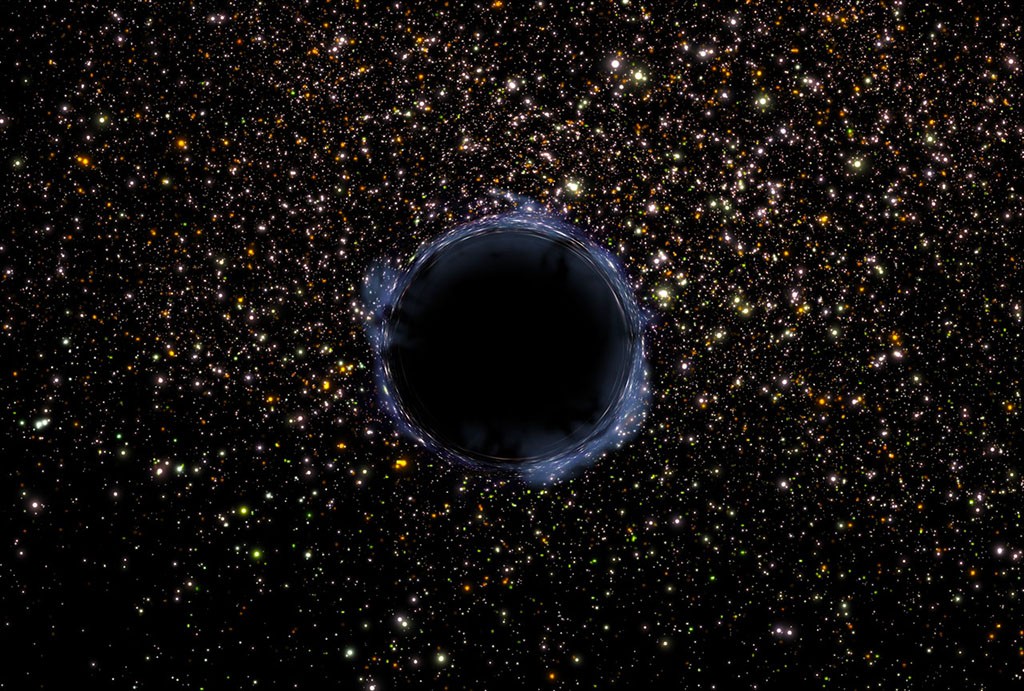 Black holes are some of the strangest and most fascinating objects found in outer space. They are objects of extreme density, with such strong gravitational attraction that even light cannot escape from their grasp if it comes near enough.

Albert Einstein first predicted black holes in 1916 with his general theory of relativity. The term “black hole” was coined in 1967 by American astronomer John Wheeler, and the first one was discovered in 1971.

When a star burns through the last of its fuel, it may find itself collapsing. For smaller stars, up to about three times the sun’s mass, the new core will be a neutron star or a white dwarf. But when a larger star collapses, it continues to fall in on itself to create a stellar black hole.

Black holes formed by the collapse of individual stars are (relatively) small, but incredibly dense. Such an object packs three times or more the mass of the sun into a city-size range. This leads to a crazy amount of gravitational force pulling on objects around it. Black holes consume the dust and gas from the galaxy around them, growing in size.

Scientists aren’t certain how such large black holes spawn. Once they’ve formed, they can easily gather mass from the dust and gas around them, material that is plentiful in the center of galaxies, allowing them to grow to enormous sizes.

Supermassive black holes may be the result of hundreds or thousands of tiny black holes that merge together. Large gas clouds could also be responsible, collapsing together and rapidly accreting mass. A third option is the collapse of a stellar cluster, a group of stars all falling together.
Intermediate black holes – stuck in the middle

Scientists once thought black holes came in only small and large sizes, but recent research has revealed the possibility for the existence of midsize, or intermediate, black holes (IMBHs). Such bodies could form when stars in a cluster collide in a chain reaction. Several of these forming in the same region could eventually fall together in the center of a galaxy and create a supermassive black hole.

In 2014, astronomers found what appeared to be an intermediate-mass black hole in the arm of a spiral galaxy.

“Astronomers have been looking very hard for these medium-sized black holes,” co-author Tim Roberts, of the University of Durham in the United Kingdom, said in a statement.

“There have been hints that they exist, but IMBH’s have been acting like a long-lost relative that isn’t interested in being found.”
Black hole theory — how they tick

Black holes are incredibly massive, but cover only a small region. Because of the relationship between mass and gravity, this means they have an extremely powerful gravitational force. Virtually nothing can escape from them — under classical physics, even light is trapped by a black hole.

Such a strong pull creates an observational problem when it comes to black holes — scientists can’t “see” them the way they can see stars and other objects in space. Instead, scientists must rely on the radiation that is emitted as dust and gas are drawn into the dense creatures. Supermassive black holes, lying in the center of a galaxy, may find themselves shrouded by the dust and gas thick around them, which can block the tell-tale emissions.