Mystery Of The Unknown Man From Taured

The Taured mystery refers to a parallel dimension travelling story about an unidentified Caucasian man who arrived at Tokyo International Airport in 1954, claiming to be from “Taured”. No country by that name exist. The man insisted on his origin, presenting a passport, drivers license and a checkbook issued to him by the alleged state of “Taured”. 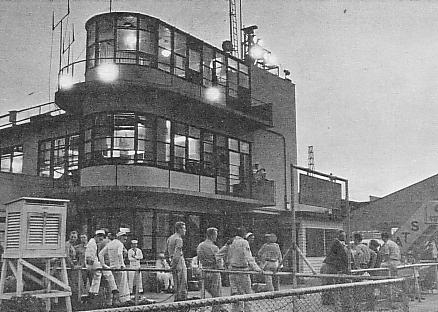 He was taken to a nearby hotel and was placed under constant guard, but mysteriously vanished the next morning, never to be seen or heard from again. The Tokyo police launched an investigation, but came up empty-handed. The story has never been publicly verified and is considered by many to be a hoax or urban legend..

On what appeared to be a normal day in 1954, a Caucasian-looking man dressed in a business suit arrived at the Tokyo International Airport. When the unidentified man handed over his passport to be stamped, he was immediately taken away for interrogation about his nationality. He spoke French as his native tongue, but was also fluent in Japanese. While his passport appeared to be authentic, it was issued by the non-existing country of “Taured”. Confused, the airport interrogators asked the man to locate the whereabouts of his country on a world map. He immediately pointed at the Principality of Andorra, a tiny European country nestled between the borders of France and Spain. The man insisted he had never heard of a country by that name and that “Taured” had existed for more than a thousand years. He further explained he was in Japan on business, something he had been doing the past few years. Bizarrely, his passport was covered in customs and visa stamps, confirming earlier visits to Japan and other European nations. He also carried legal European currency with him. Things were further complicated when the man presented a drivers license and a checkbook, both issued to him by “Taured”.

Uncertain what to do, Tokyo airport officials decided to temporarily keep the man in a nearby hotel until a final decision could be reached. Two immigration officers stood guard outside the door until the next morning. That day, it was discovered that the mysterious man had completely vanished without a trace from his hotel room, a fact which troubled the immigration officers as the only exit (besides the door) was a window with no ledge, located fifteen stories above a busy street. The Tokyo Metropolitan Police Department launched a thorough search for the man, but he was never seen again.