How Much Water Do You Need? 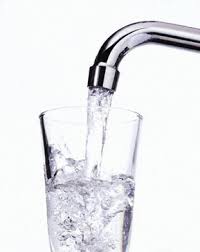 Your body weight is more than 50% water. Without water, you couldn’t maintain a normal body temperature, lubricate your joints, or get rid of waste through urination, sweat, and bowel movements.

Not getting enough water can lead to dehydration, which can cause muscle weakness and cramping, a lack of coordination, and an increased risk of heat exhaustion and heat stroke. In fact, water is so important that a person couldn’t last more than five days without it.

So how much water do you need? Enough to replace what you lose daily through urination, sweating, even exhaling. And your need for water increases:

You often hear that you need to drink eight 8-ounce glasses of water each day. The Institute of Medicine’s Food and Nutrition Board recommended that women actually need 91 ounces of water daily, and men need 125 ounces.

It is a good idea to track how much water you drink for a few days just to get a feel for the amount needed. You can get enough water each day by drinking water and consuming fluids like soup and drinks, along with lots of fruits and vegetables, which contain water. Keep in mind that if you’re going to do something strenuous, like playing sports or running, you’ll need extra water before, during, and after.

What Contaminants Are in Water?

Water can be contaminated in several ways. It can contain microorganisms like bacteria and parasites that get in the water from human or animal fecal matter. It can contain chemicals from industrial waste or from spraying crops. Nitrates used in fertilizers can enter the water with runoff from the land. Various minerals such as lead or mercury can enter the water supply, sometimes from natural deposits underground, or more often from improper disposal.

The EPA has set minimum testing schedules for specific pollutants to make sure that levels remain safe. Still, some people may be more vulnerable than others to potential harm caused by water contaminants, including:

How contaminated water effects your health depends on the type of contaminants. For example:

Does boiling contaminated water make it safe to drink? It depends on the contaminant. Boiling water can kill germs, but things like lead, nitrates, and pesticides aren’t affected. And since boiling reduces the volume of water, it increases the concentration of those contaminants.

In an effort to make their drinking water safer, some people use water filters at home. There are four main kinds:

No one system will remove all water contaminants. If you do decide you want to install a system, you should have your water tested by a certified laboratory first to find out what’s in your water.

No matter which water filtering system you choose, you need to maintain it; otherwise, contaminants build up in the filter and make the water quality worse than it would be without the filter.

It’s important to know that a home water filter won’t protect you from water that has been declared unsafe. If that happens in your area, follow the advice of your local water authorities until the water is declared safe to drink once more.