What are diabetes symptoms? 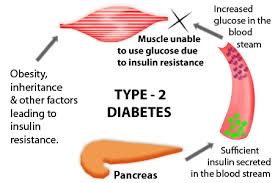 How is diabetes diagnosed?

The fasting blood glucose (sugar) test is the preferred way to diagnose diabetes. It is easy to perform and convenient. After the person has fasted overnight (at least 8 hours), a single sample of blood is drawn and sent to the laboratory for analysis. This can also be done accurately in a doctor’s office using a glucose meter.

When fasting blood glucose stays above 100mg/dl, but in the range of 100-126mg/dl, this is known as impaired fasting glucose (IFG). While patients with IFG or prediabetes do not have the diagnosis of diabetes, this condition carries with it its own risks and concerns, and is addressed elsewhere.

Though not routinely used anymore, the oral glucose tolerance test (OGTT) is a gold standard for making the diagnosis of type 2 diabetes. It is still commonly used for diagnosing gestational diabetes and in conditions of pre-diabetes, such as polycystic ovary syndrome. With an oral glucose tolerance test, the person fasts overnight (at least eight but not more than 16 hours). Then first, the fasting plasma glucose is tested. After this test, the person receives 75 grams of glucose. There are several methods employed by obstetricians to do this test, but the one described here is standard. Usually, the glucose is in a sweet-tasting liquid that the person drinks. Blood samples are taken at specific intervals to measure the blood glucose.

For the test to give reliable results:

Evaluating the results of the oral glucose tolerance test

Glucose tolerance tests may lead to one of the following diagnoses: