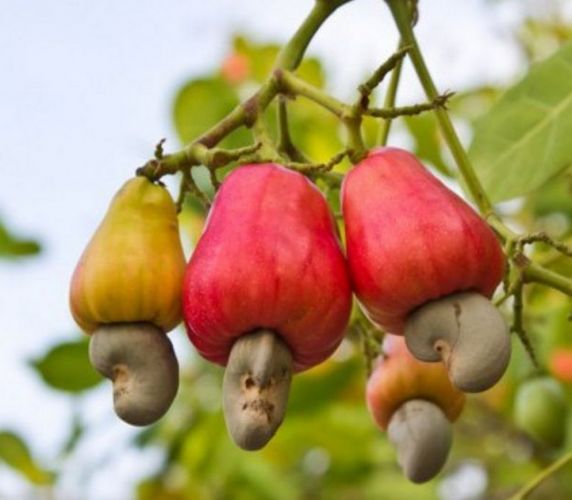 Cashews are not actually nuts but seeds. They are a popular snack and food source. Cashews, unlike oily tree nuts, contain starch to about 10% of their weight. This makes them more effective than nuts in thickening water-based dishes such as soups, meat stews, and some Indian milk-based desserts. Many Southeast Asian cuisines use cashews for this unusual characteristic, rather than other nuts.

The shell of the cashew nut is toxic, which is why the nut is never sold in the shell to consumers. The cashew apple is a soft fruit, rich in nutrients, and contains five times more vitamin C than an orange. It is eaten fresh, cooked in curries, or fermented into vinegar, as well as an alcoholic drink. It is also used to make preserves, chutneys, and jams in some countries such as India and Brazil. In many countries, particularly in South America, the cashew apple is used to flavor drinks, both alcoholic and nonalcoholic. In Brazil, it is a popular fruit flavor for the national drink, the caipirinha.