Listed below are all known earthquakes measured or estimated to have a magnitude of 8.5 or above on the moment magnitude or Richter scales. 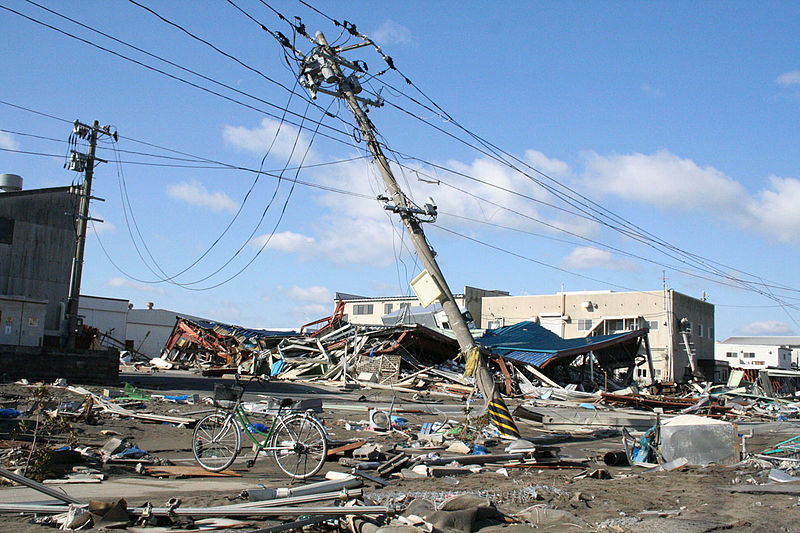 The 1960 Valdivia earthquake of Sunday, 22 May 1960 was the most powerful earthquake ever recorded, rating 9.5 on the moment magnitude scale.
It occurred in the afternoon (19:11 GMT, 15:11 local time), and lasted approximately 10 minutes. The resulting tsunami affected southern Chile, Hawaii, Japan, the Philippines, eastern New Zealand, southeast Australia, and the Aleutian Islands.

The epicenter was near Lumaco (see map), approximately 570 kilometres (350 mi) south of Santiago, with Valdivia being the most affected city. The tremor caused localised tsunamis that severely battered the Chilean coast, with waves up to 25 metres (82 ft). The main tsunami raced across the Pacific Ocean and devastated Hilo, Hawaii. Waves as high as 10.7 metres (35 ft) were recorded 10,000 kilometres (6,200 mi) from the epicenter, and as far away as Japan and the Philippines.

Lasting four minutes and thirty-eight seconds, it was the most powerful recorded megathrust earthquake in U.S. and North American history.

4. Earthquake off the Pacific coast of Tohoku 2011

The 2011 earthquake off the Pacific coast of Tōhoku was a magnitude 9.0 (Mw) undersea megathrust earthquake off the coast of Japan that occurred at 14:46 JST (05:46 UTC) on Friday 11 March 2011, with the epicentre approximately 70 kilometres (43 mi) east of the Oshika Peninsula of Tōhoku and the hypocenter at an underwater depth of approximately 30 km (19 mi). It was the most powerful earthquake ever recorded to have hit Japan, and the fourth most powerful earthquake in the world since modern record-keeping began in 1900.The earthquake triggered powerful tsunami waves that reached heights of up to 40.5 metres (133 ft) in Miyako in Tōhoku’s Iwate Prefecture, and which, in the Sendai area, travelled up to 10 km (6 mi) inland.

The 1868 Arica earthquake occurred on 13 August 1868, near Arica, then part of Peru, now part of Chile, at 21:30 UTC. It had an estimated magnitude between 8.5 and 9.0. A tsunami (or multiple tsunamis) in the Pacific Ocean was produced by the earthquake, which was recorded in Hawaii, Japan, Australia, and New Zealand.