New 7 Wonders of the World

In 2001 an initiative was started by the Swiss corporation New7Wonders Foundation to choose the New7Wonders of the World from a selection of 200 existing monuments. Twenty-one finalists were announced January 1, 2006. Egyptians were not happy that the only surviving original wonder, the Great Pyramid of Giza, would have to compete with the likes of the Statue of Liberty, the Sydney Opera House, and other landmarks, calling the project absurd. In response, Giza was named an honorary Candidate. The results were announced on July 7, 2007, in Lisbon, Portugal. 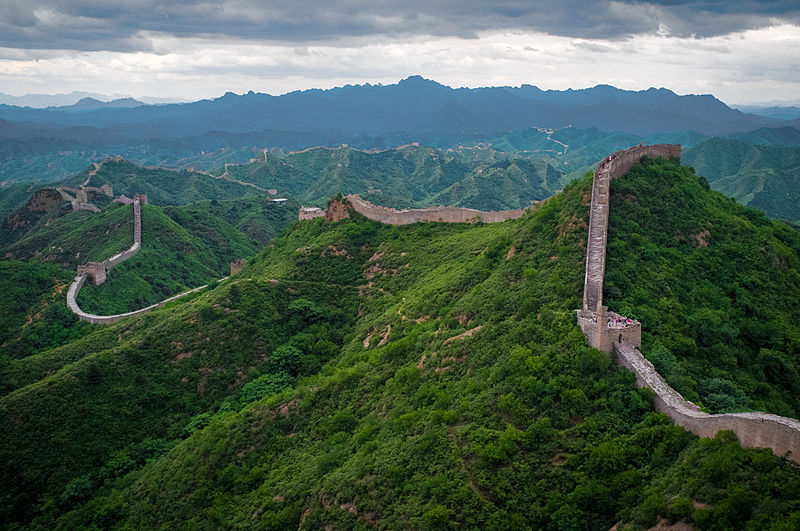 The Great Wall of China is a series of fortifications made of stone, brick, tamped earth, wood, and other materials, generally built along an east-to-west line across the historical northern borders of China to protect the Chinese states and empires against the raids and invasions of the various nomadic groups of the Eurasian Steppe. Several walls were being built as early as the 7th century bce; these, later joined together and made bigger and stronger, are now collectively referred to as the Great Wall. Especially famous is the wall built 220–206 bce by Qin Shi Huang, the first Emperor of China. Little of that wall remains. Since then, the Great Wall has on and off been rebuilt, maintained, and enhanced; the majority of the existing wall is from the Ming Dynasty.

Other purposes of the Great Wall have included border controls, allowing the imposition of duties on goods transported along the Silk Road, regulation or encouragement of trade and the control of immigration and emigration. Furthermore, the defensive characteristics of the Great Wall were enhanced by the construction of watch towers, troop barracks, garrison stations, signaling capabilities through the means of smoke or fire, and the fact that the path of the Great Wall also served as a transportation corridor.

The Great Wall stretches from Dandong in the east, to Lop Lake in the west, along an arc that roughly delineates the southern edge of Inner Mongolia. A comprehensive archaeological survey, using advanced technologies, has concluded that the Ming walls measure 8,850 km (5,500 mi). This is made up of 6,259 km (3,889 mi) sections of actual wall, 359 km (223 mi) of trenches and 2,232 km (1,387 mi) of natural defensive barriers such as hills and rivers. Another archaeological survey found that the entire wall with all of its branches measure out to be 21,196 km (13,171 mi). 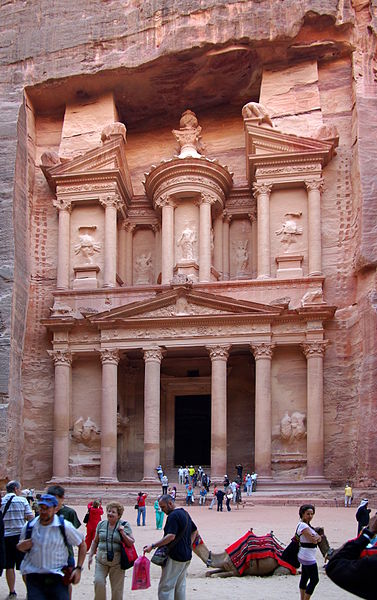 Established possibly as early as 312 BC as the capital city of the Arab Nabataeans, it is a symbol of Jordan, as well as Jordan’s most-visited tourist attraction. It lies on the slope of Jebel al-Madhbah (identified by some as the biblical Mount Hor) in a basin among the mountains which form the eastern flank of Arabah (Wadi Araba), the large valley running from the Dead Sea to the Gulf of Aqaba. Petra has been a UNESCO Site since 1985.

The site remained unknown to the Western world until 1812, when it was introduced by Swiss explorer Johann Ludwig Burckhardt. It was described as “a rose-red city half as old as time” in a Newdigate Prize-winning poem by John William Burgon. UNESCO has described it as “one of the most precious cultural properties of man’s cultural heritage”. Petra was named amongst theNew7Wonders of the World in 2007 and was also chosen by the Smithsonian Magazine as one of the “28 Places to See Before You Die”. 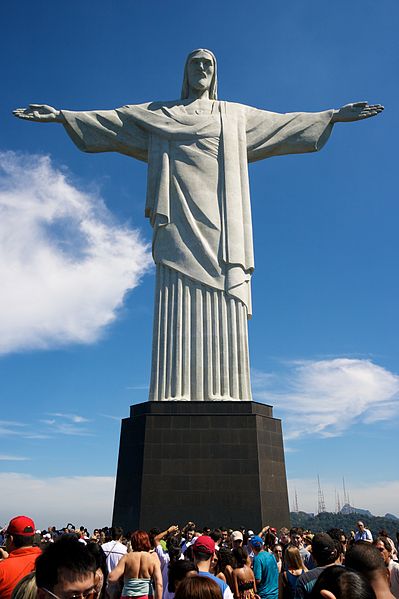 Christ the Redeemer is an Art Deco statue of Jesus Christ in Rio de Janeiro, Brazil, created by French sculptor Paul Landowski and built by the Brazilian engineer Heitor da Silva Costa, in collaboration with the French engineer Albert Caquot. The face was created by the Romanian artist Gheorghe Leonida. The statue is 30 metres (98 ft) tall, not including its 8-metre (26 ft) pedestal, and its arms stretch 28 metres (92 ft) wide.

The statue weighs 635 metric tons, and is located at the peak of the 700-metre (2,300 ft) Corcovado mountain in the Tijuca Forest National Park overlooking the city of Rio. A symbol of Christianity across the world, the statue has also become a cultural icon of both Rio de Janeiro and Brazil. It is made of reinforced concrete and soapstone, and was constructed between 1922 and 1931. 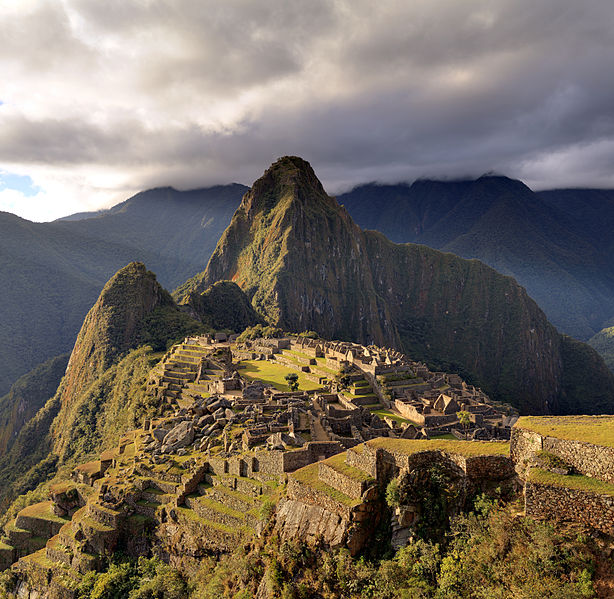 Machu Picchu is a 15th-century Inca site located 2,430 metres (7,970 ft) above sea level. It is located in the Cusco Region, Urubamba Province, Machupicchu District in Peru.

It is situated on a mountain ridge above the Sacred Valley which is 80 kilometres (50 mi) northwest of Cuzco and through which the Urubamba River flows. Most archaeologists believe that Machu Picchu was built as an estate for the Inca emperor Pachacuti (1438–1472). Often mistakenly referred to as the “Lost City of the Incas”, it is the most familiar icon of Inca civilization.

The Incas built the estate around 1450, but abandoned it a century later at the time of the Spanish Conquest. Although known locally, it was not known to the Spanish during the colonial period and remained unknown to the outside world before being brought to international attention in 1911 by the American historian Hiram Bingham. Most of the outlying buildings have been reconstructed in order to give tourists a better idea of what the structures originally looked like. By 1976, 30% of Machu Picchu had been restored, restoration continues today.

Machu Picchu was declared a Peruvian Historical Sanctuary in 1981 and a UNESCO World Heritage Site in 1983. In 2007, Machu Picchu was voted one of the New Seven Wonders of the World in a worldwide Internet poll. 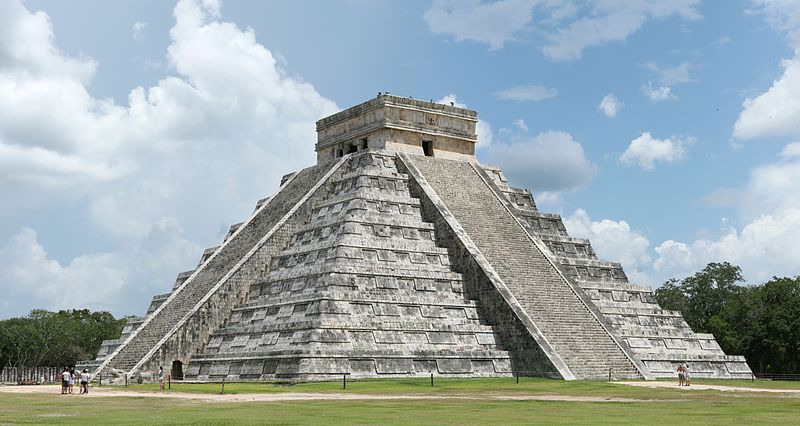 Chichen Itza was a large pre-Columbian city built by the Maya people of the Terminal Classic period. The archaeological site is located in Tinúm Municipality, Yucatán State, Mexico.

Chichen Itza was a major focal point in the Northern Maya Lowlands from the Late Classic (c. AD 600–900) through theTerminal Classic (c. AD 800–900) and into the early portion of the Postclassic period (c. AD 900–1200). The site exhibits a multitude of architectural styles, reminiscent of styles seen in central Mexico and of the Puuc and Chenes styles of the Northern Maya lowlands. The presence of central Mexican styles was once thought to have been representative of direct migration or even conquest from central Mexico, but most contemporary interpretations view the presence of these non-Maya styles more as the result of cultural diffusion.

Chichen Itza was one of the largest Maya cities and it was likely to have been one of the mythical great cities, or Tollans, referred to in later Mesoamerican literature. The city may have had the most diverse population in the Maya world, a factor that could have contributed to the variety of architectural styles at the site.

The Colosseum is an oval amphitheatre in the centre of the city of Rome, Italy. Built of concrete and stone, it is the largest amphitheatre ever built and is considered one of the greatest works of architecture and engineering.

The Colosseum is situated just east of the Roman Forum. Construction began under the emperor Vespasian in 72 AD, and was completed in 80 AD under his successor and heir Titus. Further modifications were made during the reign of Domitian (81–96). These three emperors are known as the Flavian dynasty, and the amphitheatre was named in Latin for its association with their family name (Flavius). 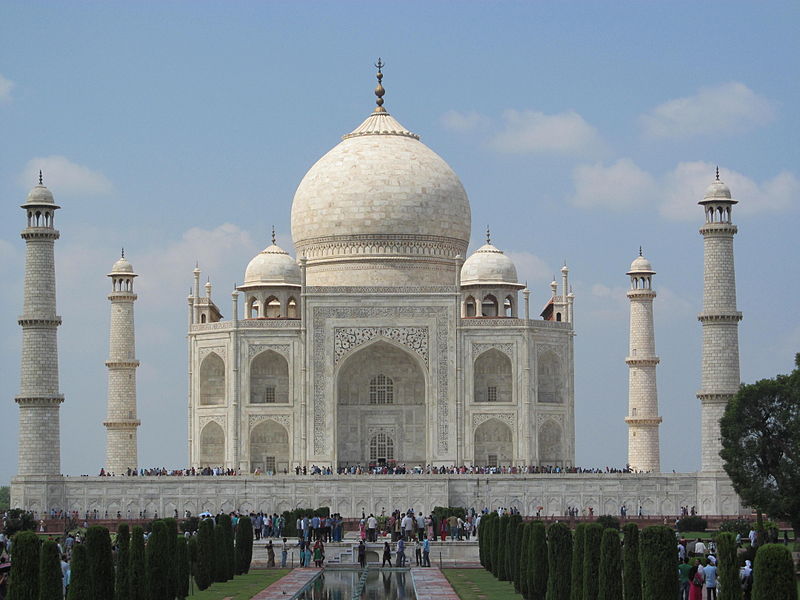 The Taj Mahal located on the southern bank of the Yamuna River in the Indian city of Agra. It was commissioned in 1632 by the Mughal emperor Shah Jahan (reigned 1628–1658) to house the tomb of his favorite wife of three, Mumtaz Mahal.

Construction of the mausoleum was essentially completed in 1643 but work continued on other phases of the project for an additional ten years. The Taj Mahal complex is believed to have been completed in its entirety in 1653 at a cost estimated at the time to be around 32 million Indian rupees, which in 2015 would be valued at around 52.8 billion Indian rupees ($827 million US). The construction project employed around 20,000 artisans under the guidance of a board of architects led by Ustad Ahmad Lahauri. The domed marble tomb is part of an integrated complex consisting of gardens and two red-sandstone buildings surrounded by a crenellated wall on three sides.

The Taj Mahal is regarded by many as the best example of Mughal architecture and is widely recognized as “the jewel of Muslim art in India”. It is one of the world’s most celebrated structures and a symbol of India’s rich history. Designated a UNESCO World Heritage Site in 1983, the Taj Mahal attracts some 3 million visitors a year. On 7 July 2007 it was declared one of the Seven winners of New7Wonders of the World (2000–2007) initiative in Lisbon.