In winter, ice nearly 3 feet (1 m) thick covers much of the lake, except where shallow water covers hot springs. The lake freezes over by early December and can remain frozen until late May or early June. 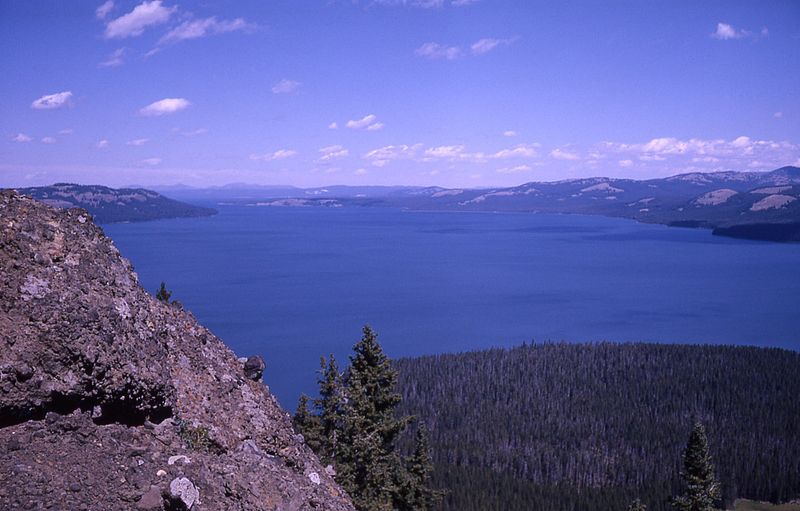 A rainbow hangs over Yellowstone Lake. The forest and valleys surrounding Yellowstone Lake had been populated with Native Americans since pre-historic times. The first human of European descent to see the lake was trapper John Colter in the early 19th century. During the fur trading era of 1820 – 1840, the lake was probably visited by many trapping parties moving through the park region. The lake has been known by various names as depicted on early maps and in journals. Both fur trader David Thompson and explorer William Clark referred to the lake as Yellow Stone. Osborne Russell referred to the lake as Yellow Stone Lake in his 1834 journal. On some William Clark maps, the lake has the name Eustis Lake and the name Sublette’s Lake was also used to name the lake in the early 19th century. The name Yellowstone Lake appears formally first in the 1839 maps of the Oregon Territory by U.S. Army topographical engineer, Captain Washington Hood and has remained so since that time. “Yellowstone Lake on an autumn morning”