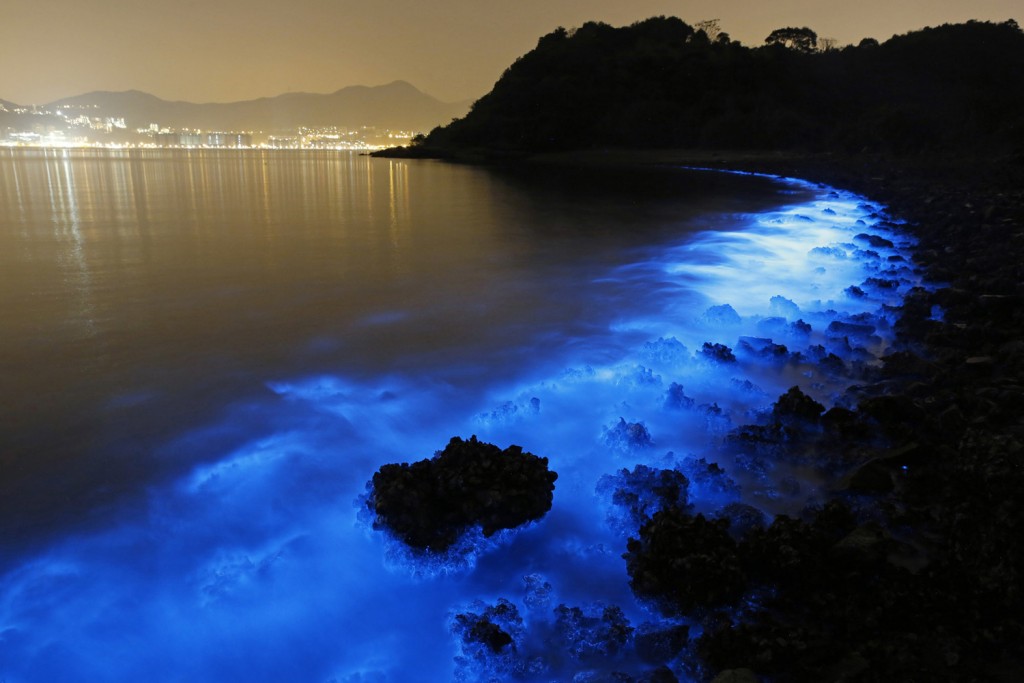 Many, perhaps most deep-sea animals produce light. Most marine light-emission is in the blue and green light spectrum. The most frequently encountered bioluminescent organisms may be the dinoflagellates present in the surface layers of the sea, which are responsible for the sparkling phosphorescence sometimes seen at night in disturbed water. At least eighteen genera exhibit luminosity. A different effect is the thousands of square miles of the ocean which shine with the light produced by bioluminescent bacteria, known as mareel or the milky seas effect.