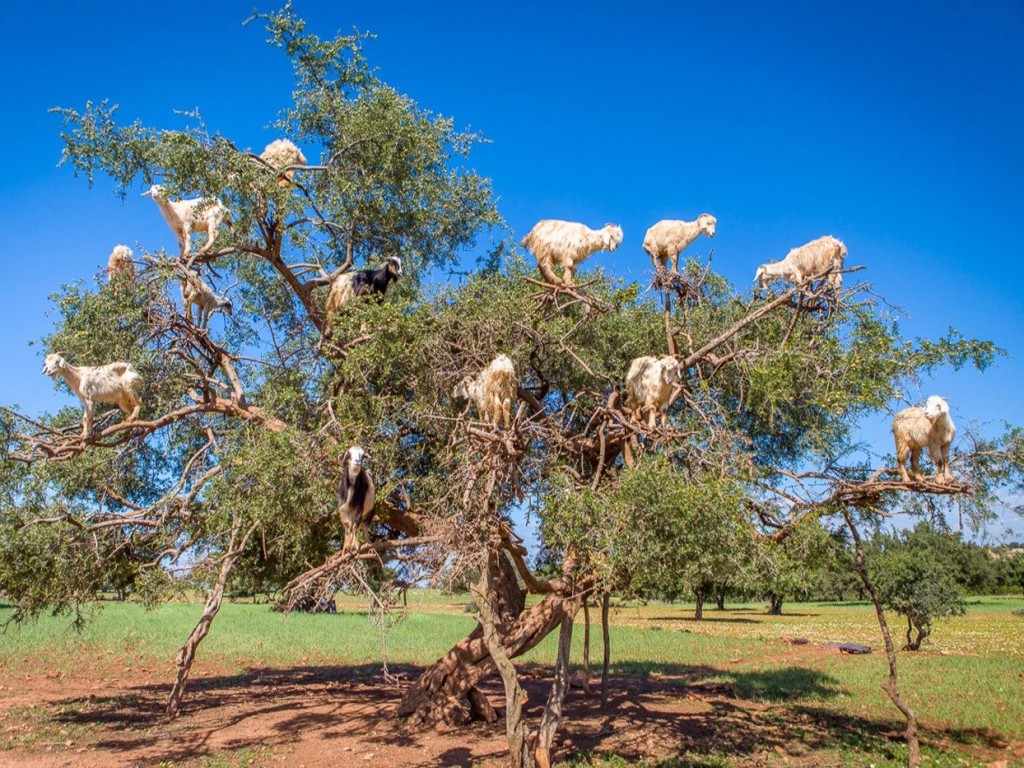 You believe or not but this image is not a fake image or a work of any photoshop Morocco’s climbing Goats are real phenomena of nature. Found in the small village of Tamri in Morocco, these goats climb Argan trees in search for food.  The goats climb them because they like to eat the fruit of the argan tree, which is similar to an olive. Farmers actually follow the herds of goats as they move from tree to tree. Not because it is so strange to see goats in trees and the farmers like to point and stare, but because the fruit of the tree has a nut inside, which the goats can’t digest, so they spit it up or excrete it which the farmers collect. The nut contains 1-3 kernels, which can be ground to make argan oil used in cooking and cosmetics.