What is the impact of diabetes? 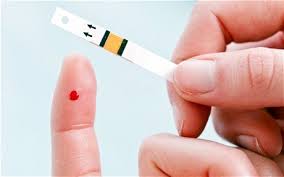 Over time, diabetes can lead to blindness, kidney failure, and nerve damage. These types of damage are the result of damage to small vessels, referred to as microvascular disease. Diabetes is also an important factor in accelerating the hardening and narrowing of the arteries (atherosclerosis), leading to strokes, coronary heart disease, and other large blood vessel diseases. This is referred to as macrovascular disease. Diabetes affects approximately 26 million people in the United States, while another 79 million have prediabetes. An estimated 7 million people in the United States have diabetes and don’t even know it.

From an economic perspective, the total annual cost of diabetes in 2012 was estimated to be 245 billion dollars in the United States. This included 116 billion in direct medical costs (healthcare costs) for people with diabetes and another 69 billion in other costs due to disability, premature death, or work loss. Medical expenses for people with diabetes are over two times higher than those for people who do not have diabetes. Remember, these numbers reflect only the population in the United States. Globally, the statistics are staggering.