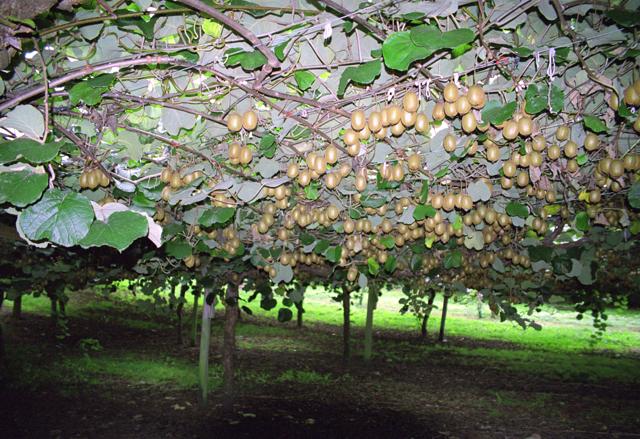 The kiwifruit often shortened to kiwi in many parts of the world, is the edible berry of a woody vine in the genus Actinidia. Kiwifruit is native to southern China where it has been declared a National Fruit of China. Other species of Actinidia are native to India, Japan, and southeastern Siberia. Cultivation of the fuzzy kiwifruit spread from China in the early 20th century, when seeds were introduced to New Zealand by Mary Isabel Fraser, the principal of Wanganui Girls’ College, who had been visiting mission schools in Yichang, China. The seeds were planted in 1906 by a Wanganui nurseryman, Alexander Allison, with the vines first fruiting in 1910.