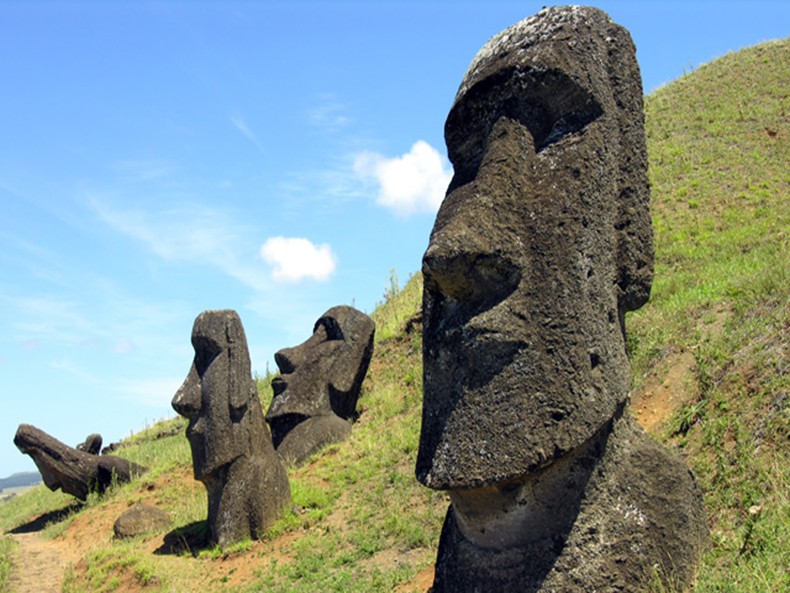 Polynesian people most likely settled on Easter Island sometime between 700 to 1100 CE, and created a thriving and industrious culture as evidenced by the island’s numerous enormous stone moai and other artifacts. However, human activity, the introduction of the Polynesian rat and overpopulation led to gradual deforestation and extinction of natural resources which severely weakened the Rapa Nui civilization. By the time of European arrival in 1722, the island’s population had dropped to 2,000–3,000 from an estimated high of approximately 15,000 just a century earlier.