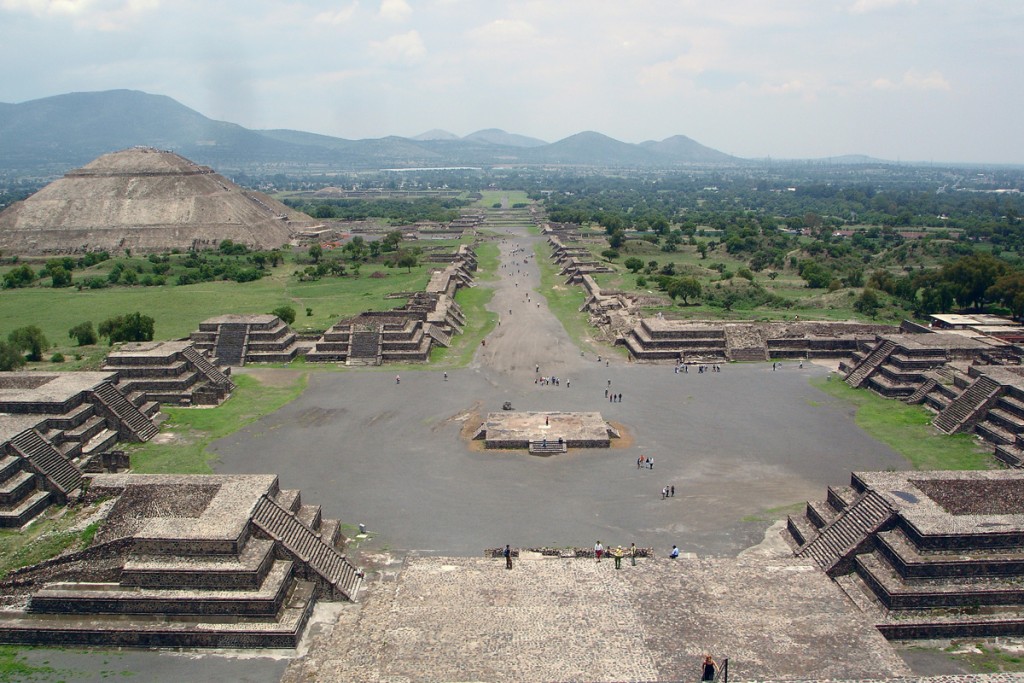 Teotihuacan was an ancient Mesoamerican city located in a sub valley of the Valley of Mexico, located in the State of Mexico 30 miles (48 km) northeast of modern-day Mexico City, known today as the site of many of the most architecturally significant Mesoamerican pyramids built in the pre-Columbian Americas.

The early history of Teotihuacan is quite mysterious, and the origin of its founders is uncertain. Around 300 BCE, people of the central and southeastern area of Mesoamerica began to gather into larger settlements. Teotihuacan was the largest center of Mesoamerica before the Aztecs almost 500 years previously. The city was already in ruins by the time of the Aztecs. For many years, archaeologists believed it was built by the Toltec.