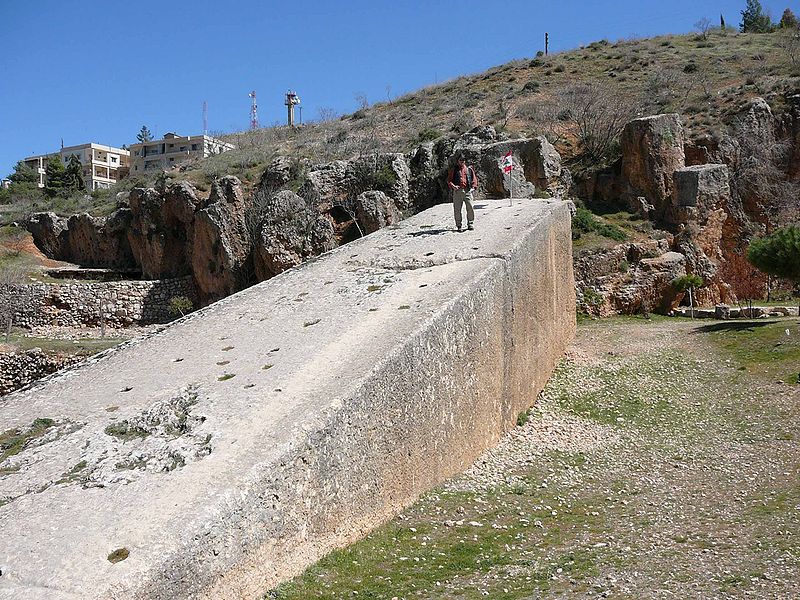 Baalbeck is a city in eastern Lebanon famous chiefly for its magnificent, excellently preserved Roman temple ruins. The Temple of Jupiter is one of the most impressive Temples in Baalbeck. It measures 88×48 meters and stands on a podium 13 meters above the surrounding terrain and 7 meters above the courtyard. It is reached by a monumental stairway.

One of the most amazing engineering achievements is the Podium which was built with some of the largest stone blocks ever hewn. On the west side of the podium is the “Trilithon”, a celebrated group of three enormous stones weighing about 800 tons each, leaving present-day archaeologists, scientists and historians mystified as to how the stones were moved, where from, and in what way they could have been manipulated into place.

The immense weight and mass of these stones has lead to much speculation concerning ancient alien activity at Baalbek and even that the site was an ancient landing pad for spaceships. None of these theories are regarded as substantial by the prevailing scholarly community nor have they ever been.