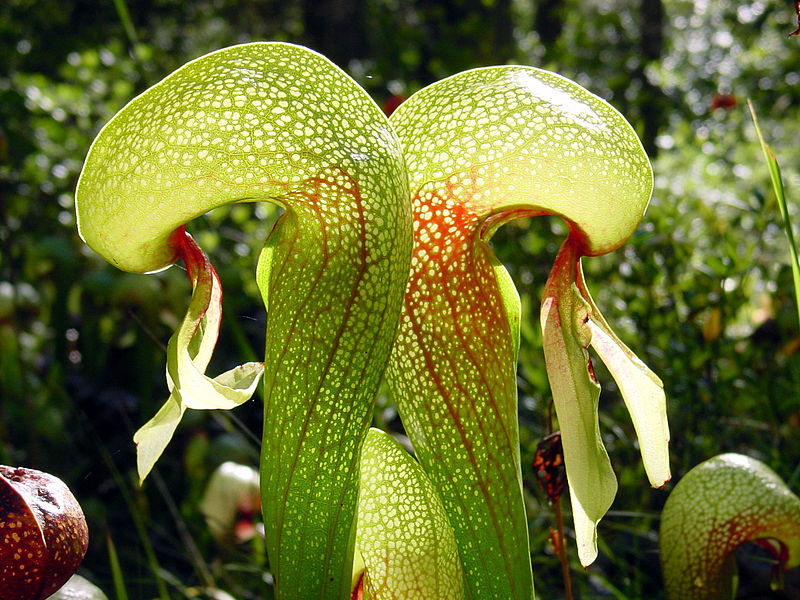 Darlingtonia californica, also called the California pitcher plant, cobra lily, or cobra plant, is a species of carnivorous plant, the sole member of the genus Darlingtonia in the family Sarraceniaceae. It is native to Northern California and Oregon, growing in bogs and seeps with cold running water. This plant is designated as uncommon due to its rarity in the field.

The name “cobra lily” stems from the resemblance of its tubular leaves to a rearing cobra, complete with a forked leaf – ranging from yellow to purplish-green – that resemble fangs or a serpent’s tongue.