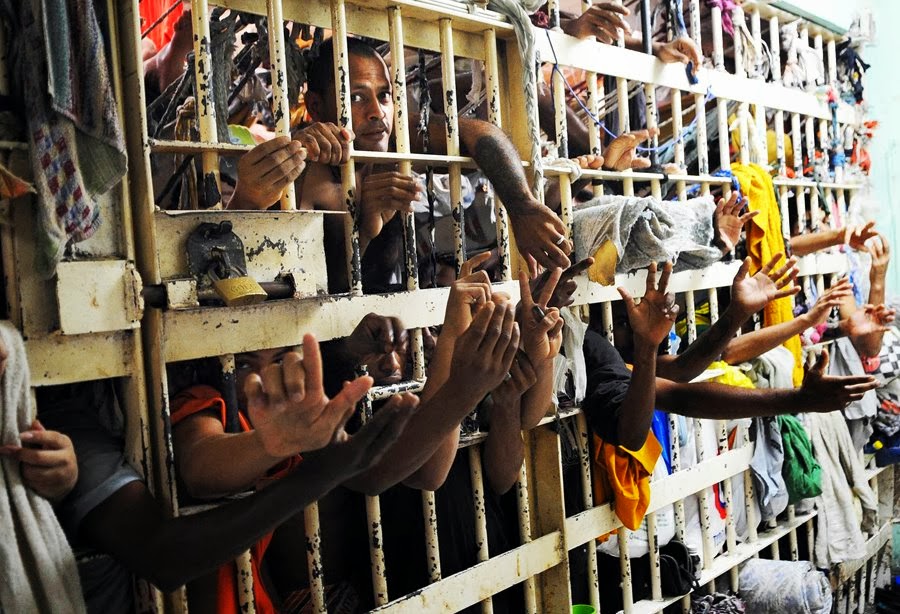 La Sabaneta is one of the worst jails in a prison system, here prisoners live with a merciless staff, diseases, and insufficient food.

The inmates are forced to string up a slew of hammocks overhead in their overcrowded 8×12 feet cells to allow sleeping space for all. Others sleep on the floor elbow to elbow. Prisoners bathe from the same water bucket in a corner, and relieve themselves in plastic bags they toss out a barred window onto an open-air patio. Most prisoners live in cramped cells and wake up to the smell of rotting garbage and raw sewage. Some rarely leave their cells; others freely wander hallways and offices. Drinking water from corroded bathroom pipes is rife with bacteria and parasites. Medical care is minimal. Prisoners stitch their own wounds. Cases of AIDS, tuberculosis and typhoid are increasing.

The deadly Oct. 22 fire at La Planta was the latest in a string of bloody incidents at Venezuelan prisons. In 1994, 108 inmates died during a riot and fire at Sabaneta prison in the western city of Maracaibo.