Prisons is itself a violent place because of its harsh conditions and several kind of tortures. But there are some prisons in the world which are extremely violent, here is the list. 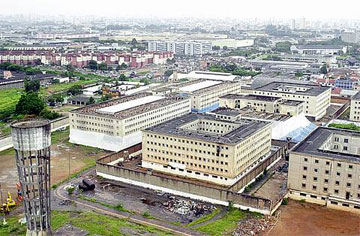 In 1992, a violent prison massacre occurred when 102 inmates were shot dead. During the riot, the police made very little effort to negotiate with the unruly prisoners, who could no longer tolerate the dire conditions in which they were forced to live.

The Polícia Militar do Estado de São Paulo were called by the police, who entered the prison and shot and killed over a hundred prisoners. A total of 111 prisoners died that day, 102 from military police gunshots, and nine from stab wounds, which allegedly occurred during the initial riot. Survivors claim that they witnessed the military police fire at inmates who had already surrendered, or were hiding in their cells.

The incident was (and remains to be) considered to be one of the worst civil rights violations in the history of Brazil, and led to the inevitable trials of the commanding officer of the operation and 53 of his officers.

The prison is also known for terrible health problems. In the prison’s health wing, nearly one in five inmates has been diagnosed with HIV.