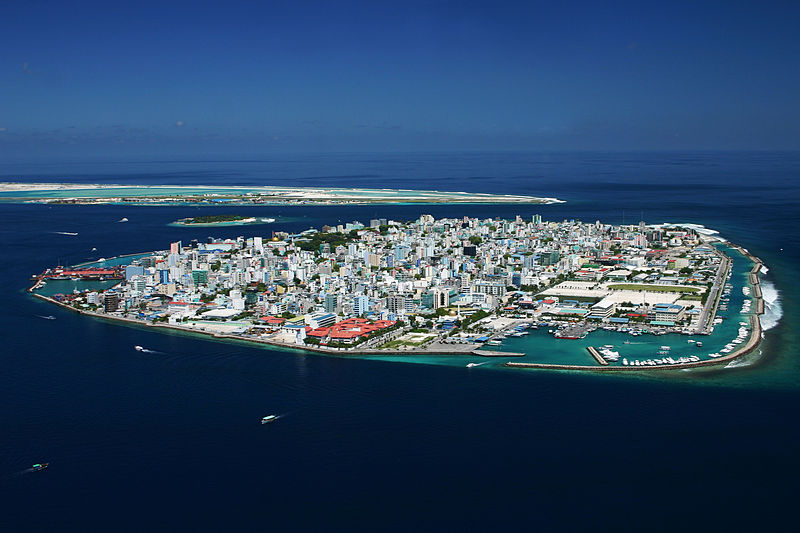 Maldives is an island country and archipelago in the Indian Ocean. It lies southwest of India and Sri Lanka in the Laccadive Sea. The chain of twenty six atolls stretches from Ihavandhippolhu Atoll to the Addu Atoll. The capital and largest city is Malé, traditionally called the “King’s Island”.

Its highest point of elevation is little more than 6 feet, and, sometime in the not-too-distant future, it is likely to be swallowed whole by rising sea levels. A 2005 assessment by the United States Geological Survey, conducted after the 2004 Indian Ocean tsunami, called the Maldives one of the Earth’s youngest land masses, adding that they’re not long for life above water. According to the report, the islands “should be considered ephemeral features over geologic time.”