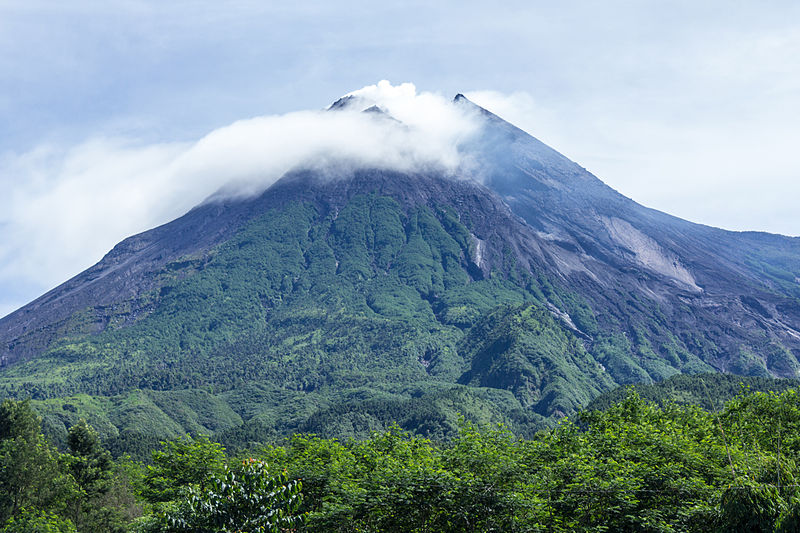 Mount Merapi is an active stratovolcano located on the border between Central Java and Yogyakarta, Indonesia. It is the most active volcano in Indonesia and has erupted regularly since 1548. Thousands of people live on the flanks of the volcano, with villages as high as 1,700 metres (5,600 ft) above sea level.

Smoke can be seen emerging from the mountaintop at least 300 days a year, and several eruptions have caused fatalities. Pyroclastic flow from a large explosion killed 27 people on 22 November 1994, mostly in the town of Muntilan, west of the volcano. Another large eruption occurred in 2006, shortly before the Yogyakarta earthquake. In light of the hazards that Merapi poses to populated areas, it has been designated as one of the Decade Volcanoes.

On 25 October 2010 the Indonesian government raised the alert for Mount Merapi to its highest level and warned villagers in threatened areas to move to safer ground. People living within a 20 km (12 mi) zone were told to evacuate. Officials said about 500 volcanic earthquakes had been recorded on the mountain over the weekend of 23–24 October, and that the magma had risen to about 1 kilometre (3,300 ft) below the surface due to the seismic activity. On the afternoon of 25 October 2010 Mount Merapi erupted lava from its southern and southeastern slopes.