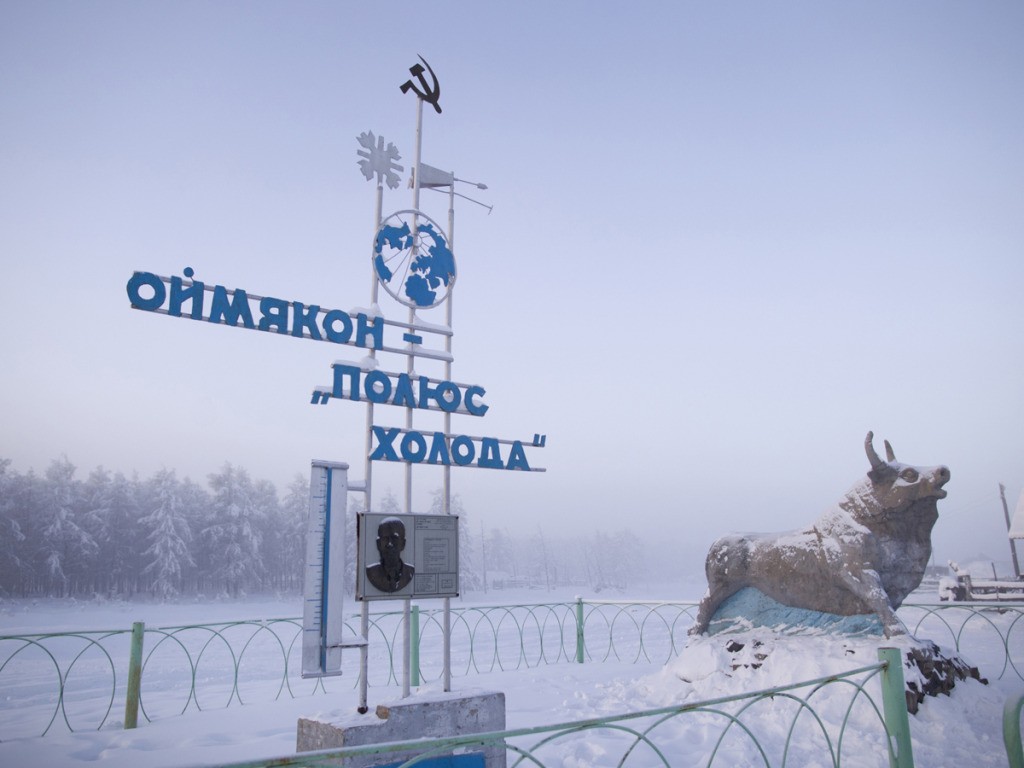 Verkhoyansk is a town in Verkhoyansky District of the Sakha Republic, Russia, located on the Yana River near the Arctic Circle, 675 kilometers (419 mi) north of Yakutsk.

Verkhoyansk is notable chiefly for its exceptionally low winter temperatures and some of the greatest temperature differences on Earth between summer and winter. Average monthly temperatures range from −45.4 °C (−49.7 °F) in January to +16.5 °C (61.7 °F) in July. Mean monthly temperatures are below freezing from October through April and exceed +10 °C (50 °F) from June through August, with the intervening months of May and September constituting very short transitional seasons.