Moai are monolithic human figures carved by the Rapa Nui people on the Chilean Polynesian island of Easter Island between the years 1250 and 1500 CE. Nearly half are still at Rano Raraku, the main moai quarry, but hundreds were transported from there and set on stone platforms called ahu around the island’s perimeter. 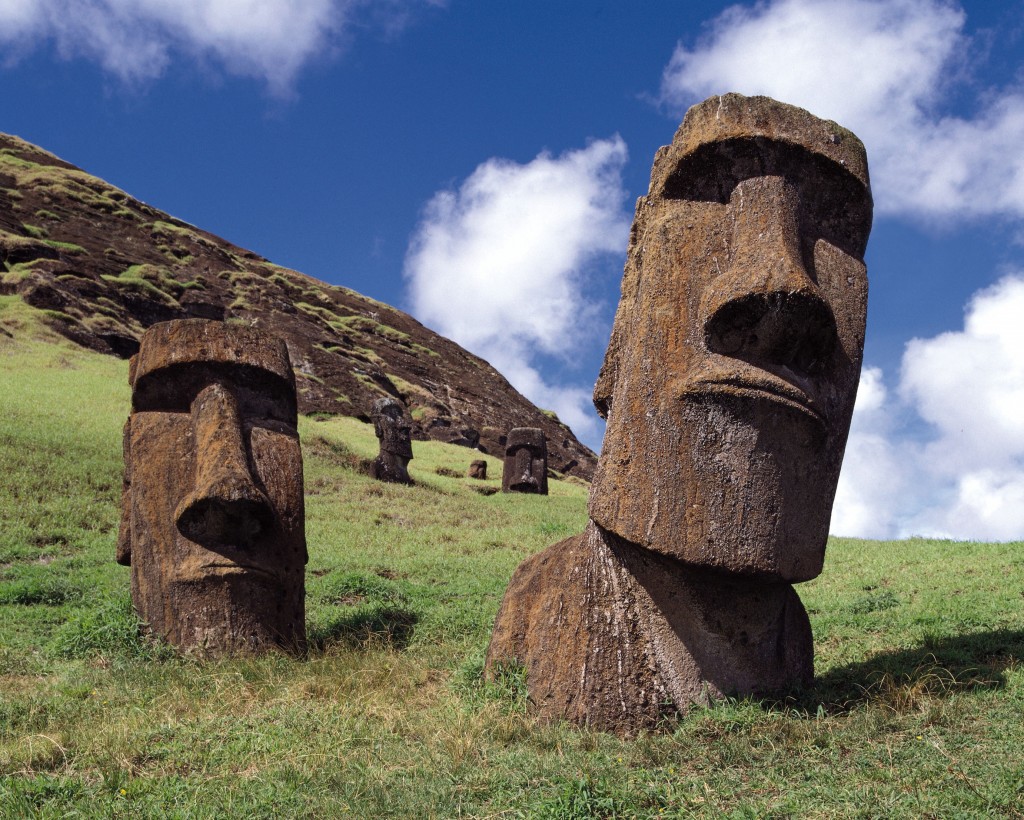 Almost all moai have overly large heads three-eighths the size of the whole statue. The moai are chiefly the living faces (aringa ora) of deified ancestors. The statues still gazed inland across their clan lands when Europeans first visited the island, but most were cast down during later conflicts between clans. 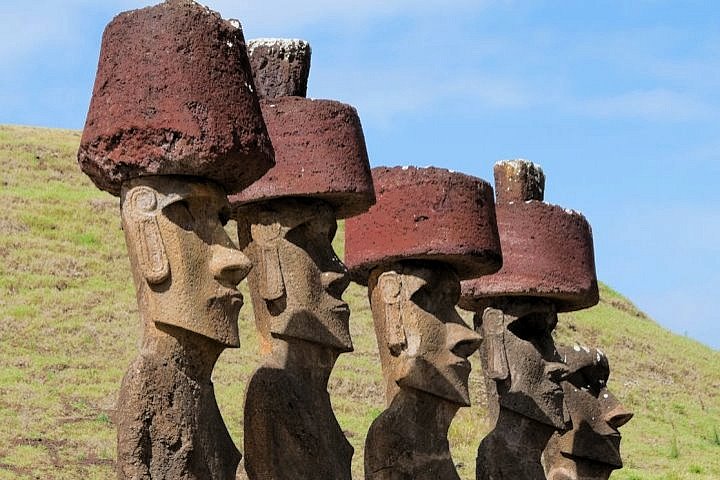 One of the biggest Easter Island mysteries is how stone age tribes could succeed in transporting 50+ ton moai statues kilometers across hilly terrain. There are several transportation theories, some of which are more generally accepted than others.

The most widely accepted theory is that the statues were standing on some kind of construction that would keep the statue standing, which would roll on logs. With this technique, brute force could be applied and rapid, safe moai statue transportation would be possible. As statues got bigger, huge amounts of lumber would be needed. This would eventually cause deforestation of all thick and straight trees, which then made transportation impossible. 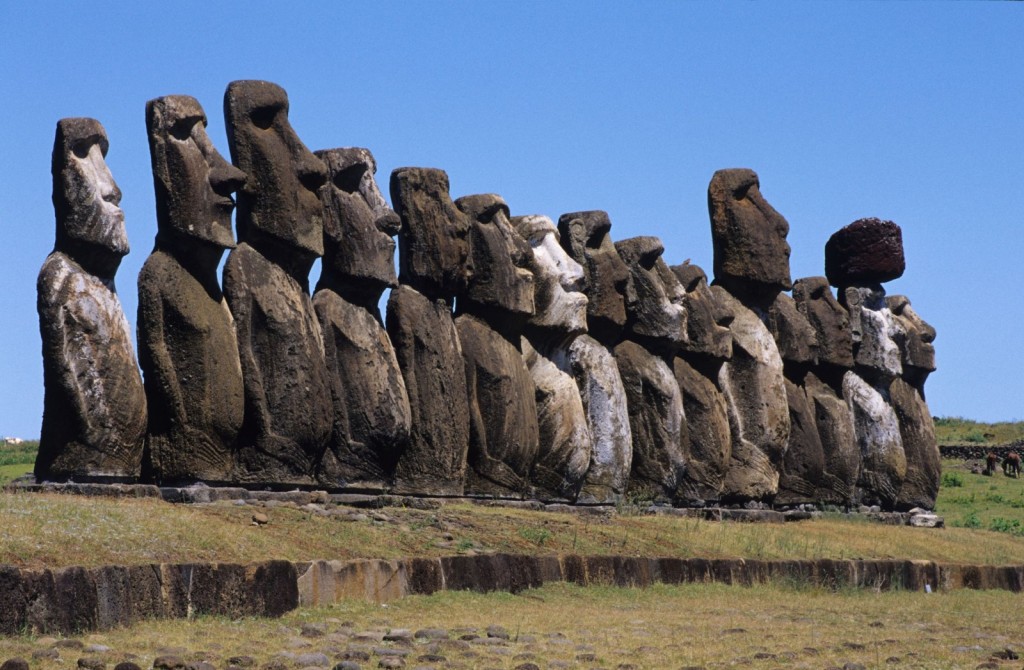 It is not known exactly how the moai were moved across the island, but the process almost certainly required human energy, ropes, and possibly wooden sledges (sleds) and/or rollers, as well as leveled tracks across the island (the Easter Island roads). A recent study suggests the statues might have been harnessed with ropes from two sides and made to “walk” by tilting them from side to side while pulling forward. They would also use a chant, whilst ‘walking’ the moai. Coordination and cohesion was essential, so they developed a chant in which the rhythm helped them pull at the precise moment necessary. Another theory suggests that the moai were placed on top of logs and were rolled to their destinations. If that theory is correct it would take 50-150 people to move the moai.