Meteor Crater is a meteorite impact crater approximately 43 miles (69 km) east of Flagstaff, near Winslow in the northern Arizona desert of the United States. Because the US Department of the Interior commonly recognizes names of natural features derived from the nearest post office, the feature acquired the name of “Meteor Crater” from the nearby post office named Meteor. The site was formerly known as the Canyon Diablo Crater, citation needed and fragments of the meteorite are officially called the Canyon Diablo Meteorite. Scientists refer to the crater as Barringer Crater in honor of Daniel Barringer, who was first to suggest that it was produced by meteorite impact. The crater is privately owned by the Barringer family through their Barringer Crater Company, which proclaims it to be “best preserved meteorite crater on Earth. 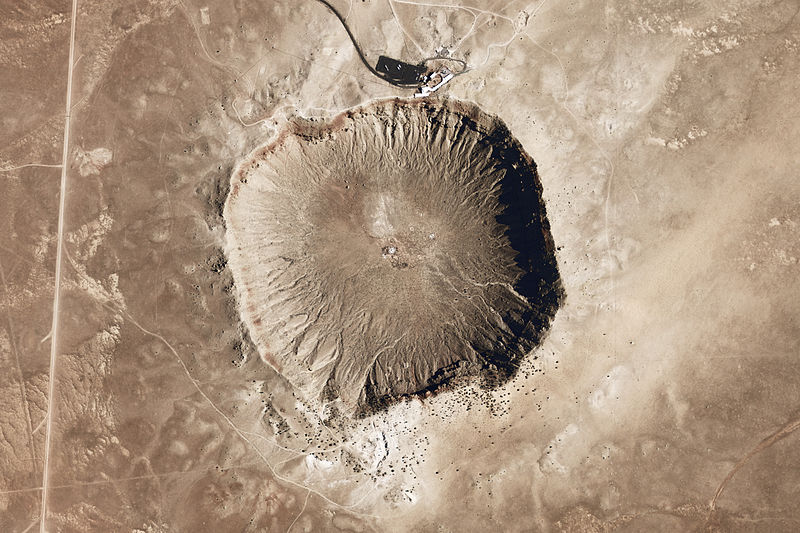