Great Pyramid of Giza – The Ancient Wonders of the World

The Great Pyramid of Giza is the oldest and largest of the three pyramids in the Giza Necropolis bordering what is now El Giza, Egypt. It is the oldest of the Seven Wonders of the Ancient World, and the only one to remain largely intact. 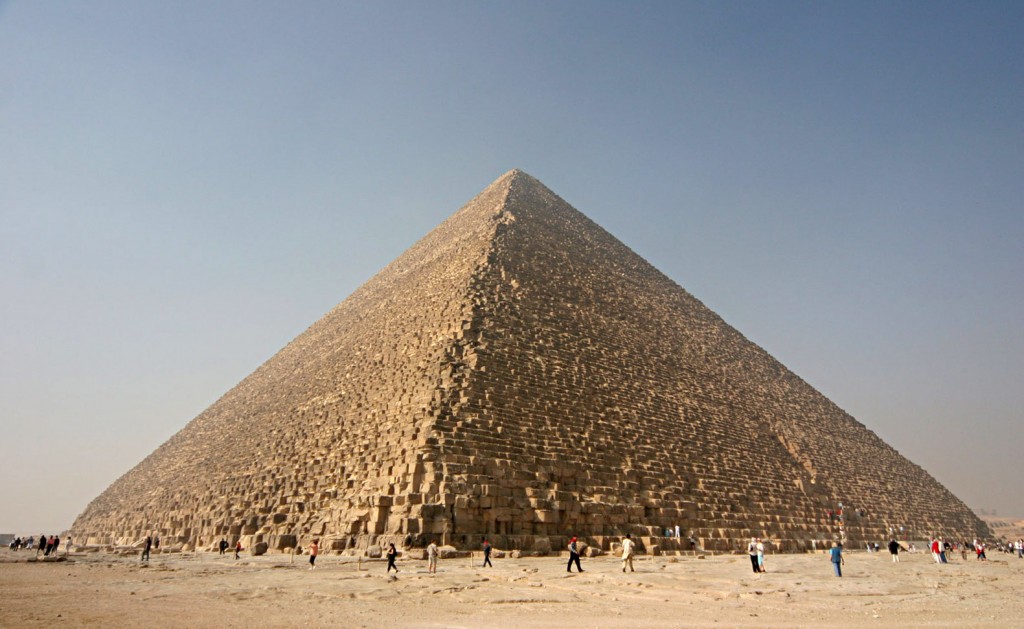 Based on a mark in an interior chamber naming the work gang and a reference to fourth dynasty Egyptian Pharaoh Khufu, Egyptologists believe that the pyramid was built as a tomb over a 10 to 20-year period concluding around 2560 BC. Initially at 146.5 metres (481 feet), the Great Pyramid was the tallest man-made structure in the world for over 3,800 years. Originally, the Great Pyramid was covered by casing stones that formed a smooth outer surface; what is seen today is the underlying core structure. Some of the casing stones that once covered the structure can still be seen around the base. There have been varying scientific and alternative theories about the Great Pyramid’s construction techniques. Most accepted construction hypotheses are based on the idea that it was built by moving huge stones from a quarry and dragging and lifting them into place. 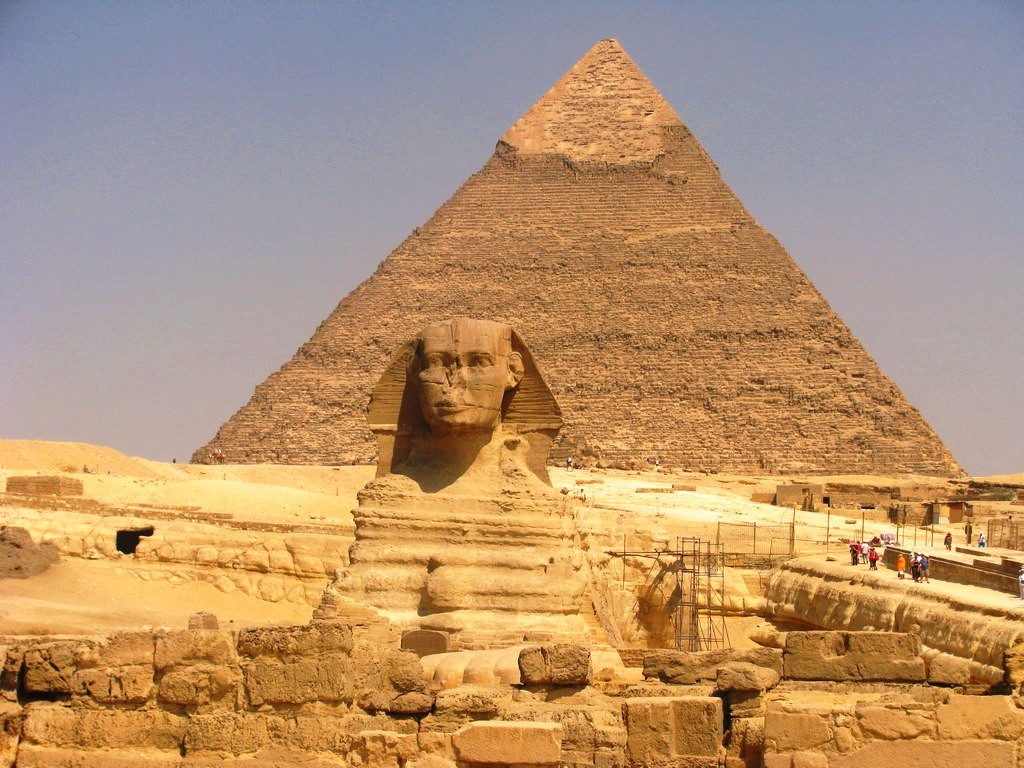 There are three known chambers inside the Great Pyramid. The lowest chamber is cut into the bedrock upon which the pyramid was built and was unfinished. The so-called Queen’s Chamber and King’s Chamber are higher up within the pyramid structure. The main part of the Giza complex is a setting of buildings that included two mortuary temples in honour of Khufu (one close to the pyramid and one near the Nile), three smaller pyramids for Khufu’s wives, an even smaller “satellite” pyramid, a raised causeway connecting the two temples, and small mastaba tombs surrounding the pyramid for nobles.

It is believed the pyramid was built as a tomb for Fourth Dynasty Egyptian pharaoh Khufu (often Hellenicised as “Cheops”) and was constructed over a 20-year period. Khufu’svizier, Hemon, or Hemiunu, is believed by some to be the architect of the Great Pyramid. It is thought that, at construction, the Great Pyramid was originally 280 Egyptian cubitstall (146.5 metres (480.6 ft)), but with erosion and absence of its pyramidion, its present height is 138.8 metres (455.4 ft). Each base side was 440 cubits, 230.4 metres (755.9 ft) long. The mass of the pyramid is estimated at 5.9 million tonnes.