The Cullinan Diamond was a large gem-quality diamond weighing 3,106.75 carats discovered at the Premier No. 2 mine outside Pretoria, South Africa, on 26 January 1905. It was cut into several polished gems, the largest of which is named Cullinan I or the Great Star of Africa, and at 530.4 carats it is the largest polished white diamond in the world. It was the largest polished diamond of any colour until the discovery in 1985 of the Golden Jubilee Diamond (545.67 carats), also from the Premier Mine. Cullinan I is mounted in the head of the Sovereign’s Sceptre with Cross. 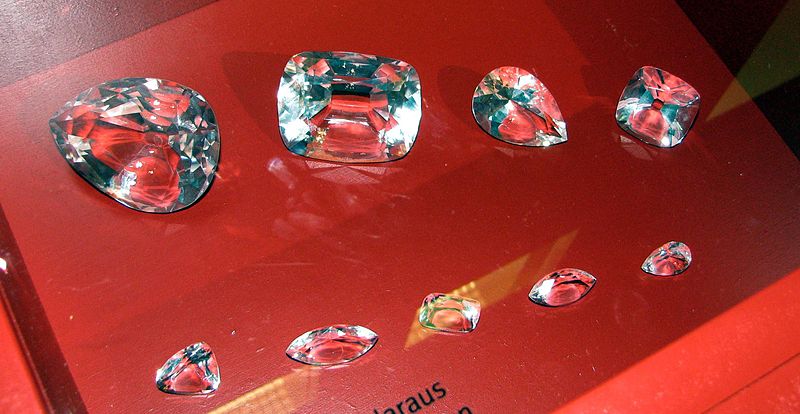 The second-largest gem from the rough stone, Cullinan II or the Second Star of Africa, at 317.4 carats , is the fourth-largest polished diamond in the world, and is mounted in the Imperial State Crown. Both diamonds are in the Crown Jewels, which are part of the Royal Collection held in trust by Queen Elizabeth II for her successors and the nation. Seven other diamonds cut from the original belong to the Queen personally.

In 1905, due to the immense value of the Cullinan, the authorities in charge of the transportation were posed with a huge potential security problem. Detectives from London were placed on a steamboat that was rumoured to carry the stone, where a parcel was ceremoniously placed in the Captain’s safe and guarded throughout the entire journey. However this was a diversionary tactic. The stone on that ship was a fake, meant to attract those who would be interested in stealing it. The actual diamond was sent to England in a plain box via parcel post, albeit registered. Upon receiving the stone safely in England Sir Francis Hopwood and Mr. Richard Solomon (the Agent-General of the Transvaal government in London) travelled from London to Sandringham, Norfolk by train, accompanied by just two experienced Scotland Yard policemen. They reached their destination safely, despite reports of a potential robbery looming. 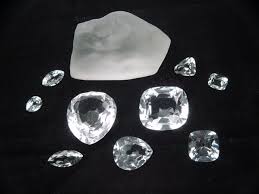 The diamond was presented to the king on his birthday, in the presence of a large party of guests, including the Queen of Norway, the Queen of Spain, Bendor Westminster and Lord Revelstoke. The king had the secretary of state, Lord Elgin, announce that he accepted the precious gift “for myself and my successors” and that he would ensure that “this great and unique diamond be kept and preserved among the historic jewels which form the heirlooms of the crown”.